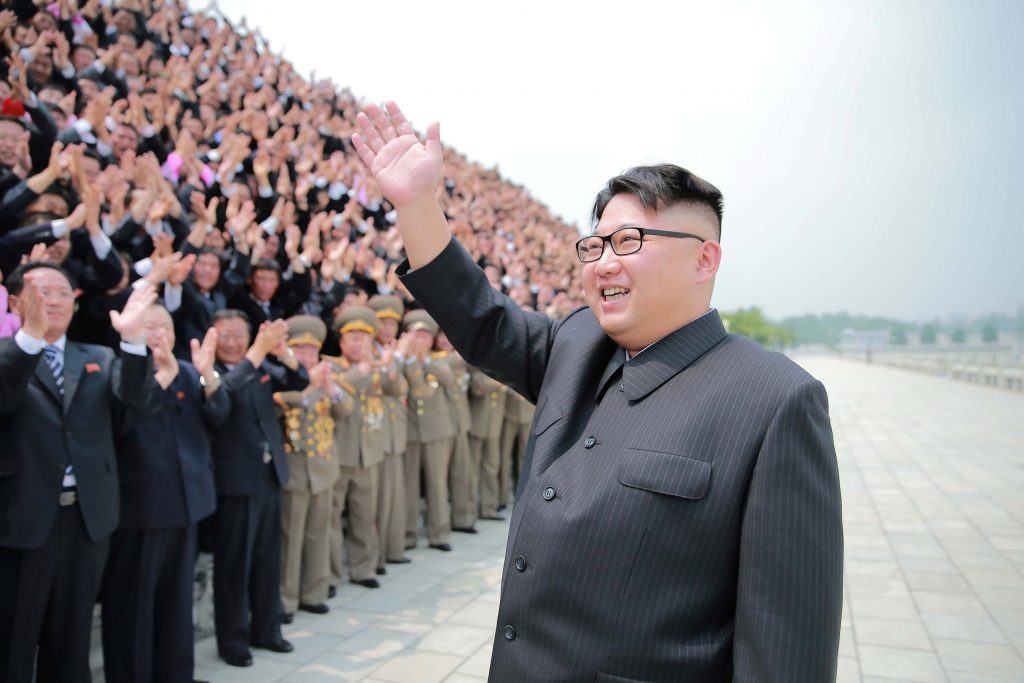 North Korea warned on Thursday it was planning its toughest response to what it deemed a “declaration of war” by the United States after Washington blacklisted the nuclear-armed country’s leader Kim Jong Un for the first time over human rights abuses.

Pyongyang described the sanctioning of Kim as a “hideous crime,” according to North Korea’s official KCNA news agency.

The United States imposed its first sanctions targeting any North Koreans for rights abuses on Wednesday, blacklisting Kim along with 10 other people and five government ministries and departments. The move affects assets within U.S. jurisdiction.

Dujarric said that Ban, who is currently visiting China, “believes that discussion of human-rights concerns allows for a more comprehensive assessment and action when addressing security and stability concerns on the Korean Peninsula.”

China’s foreign ministry said it opposed the use of unilateral sanctions when asked about the U.S. move. China argues that the human-rights situation in North Korea is not a threat to international peace and security and has sought to prevent the issue being discussed at the U.N. Security Council.

Secretary of State John Kerry said he had spoken to China’s foreign minister Wang Yi and hoped that Beijing would continue to cooperate with the United States on sanctions aimed at rolling back North Korea’s nuclear-weapons program.

“China’s engagement is critical,” Kerry told a news conference during a visit to the Ukrainian capital Kiev, when asked if sanctions could be effective without China’s help.

North Korea has been under U.N. sanctions since 2006. In March, the Security Council imposed harsh new sanctions on the country in response to North Korea’s fourth nuclear test in January and the launch of a long-range rocket in February.

Some analysts and diplomats have warned that the U.S. move could limit cooperation with China on further action.

U.S. Ambassador to the United Nations Samantha Power said last month that the United States would seek to identify people and entities linked to a series of recent ballistic missile tests by Pyongyang, in violation of a U.N. ban, who could be sanctioned by the U.N. Security Council. The cooperation of China and Russia would be needed for any further designations.

“Under Kim Jong Un, North Korea continues to inflict intolerable cruelty and hardship on millions of its own people, including extrajudicial killings, forced labor, and torture,” Acting Undersecretary for Terrorism and Financial Intelligence Adam J. Szubin said in a statement.

Inside North Korea, adulation for Kim, 32, is mandatory and he is considered infallible. A 2014 report by the United Nations, which referred to Kim by name in connection to human rights, triggered a strong reaction from Pyongyang, including a string of military provocations.

The U.S. Treasury Department identified Kim’s date of birth as Jan. 8, 1984, a rare official confirmation of his birthday.

South Korea, which cut all political and commercial ties with its own sanctions against the North in February, welcomed America’s move, saying it will encourage greater international pressure on the North to improve its human rights record.