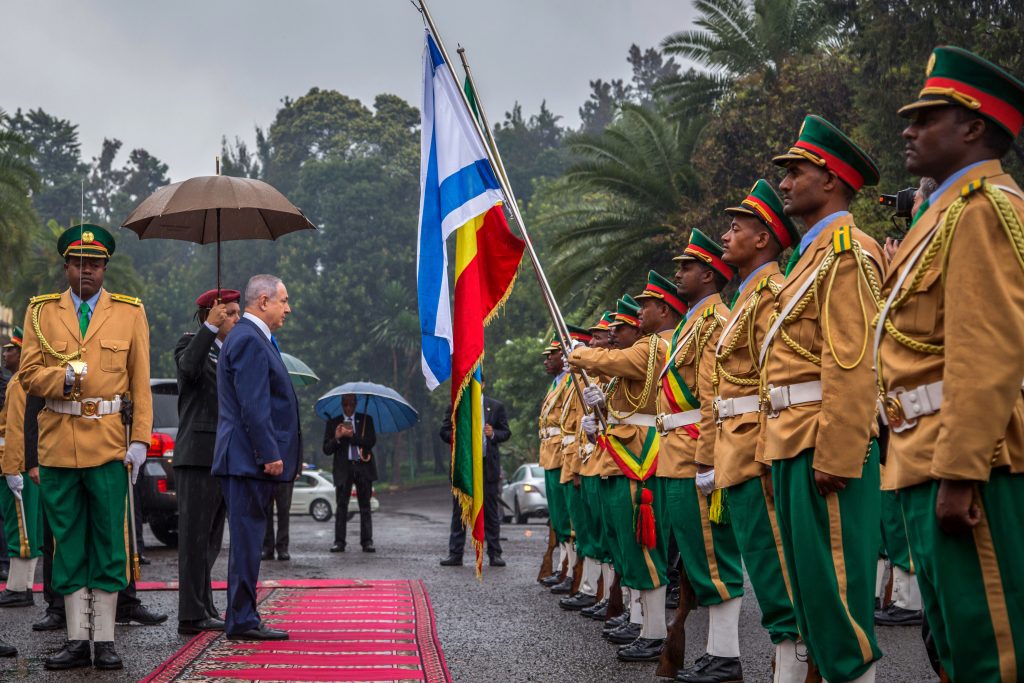 Prime Minister Binyamin Netanyahu’s four-nation Africa visit is coming to an end. On Thursday Netanyahu was in Ethiopia, where he met Ethiopian Prime Minister Hailemariam Desalegn in Addis Ababa.

At a joint press conference, Netanyahu and Desalegn said they would renew cooperation in the fight against terrorism, a theme that Netanyahu has repeated often during his African tour, and they signed agreements to increase ties in technology, agriculture and more.

“We have a commitment and we are keeping it on a humanitarian basis and on the basis of family reunifications. It will take place in the current budget,” Netanyahu said.

Desalegn invited Ethiopian Jews living in Israel to come to Ethiopia and invest. Ethiopian Jews have complained of discrimination in Israeli society, and hundreds recently demonstrated against what they called Israeli police brutality.

Netanyahu also asked for the Ethiopian prime minister’s help in pressing for Hamas to release an Ethiopian-Israeli citizen being held in Gaza.

This was the first visit to sub-Saharan Africa by a sitting Israeli prime minister in nearly three decades. Netanyahu visited Uganda, Kenya and Rwanda while pursuing closer security and other ties with African nations, which cut or limited their relationships with Israel in the 1970s under pressure from Arab countries. African states were also opposed to Israel’s close ties to South Africa’s apartheid government.

Israel also wants African states to support it at the United Nations, where the Palestinians were recognized as a nonmember observer state in 2012.