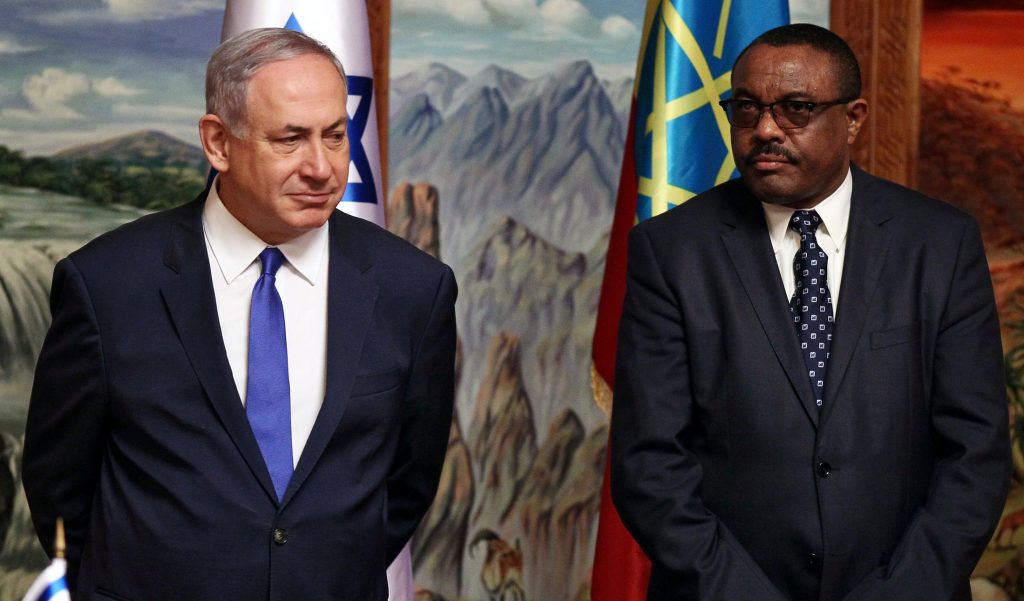 Prime Minister Binyamin Netanyahu added a diplomatic gain from his African trip as Ethiopia said it would back Israel’s bid for “observer status” at the African Union.

“Israel is working very hard in many African countries. There is no reason to deny this observer position to Israel,” said Ethiopian Prime Minister Hailemariam Desalegn on Thursday, on the last leg of Netanyahu’s itinerary.

The 54-member organization, headquartered in Addis Ababa, could be an important ally for Israel, especially as Ethiopia begins a two-year stint as a non-permanent member of the U.N. Security Council in 2017.

At least it would give Israel an opportunity to counter anti-Israel propaganda spread by the Palestinian Authority as an AU observer, where it has had observer status since 2013.

In another African development, Tanzania announced on Thursday that it will open an embassy in Israel.

Deputy Minister for Foreign Affairs and East African Cooperation, Susan Kolimba, told the National Assembly that the government started to reconfigure its position on Israel in 1995 when it decided to focus on diplomacy linked to economic development.

“Following the economic development Israel has made in agriculture, science and technology, the Fifth Phase Government has decided to cement the bilateral relations with Israel, including opening up an embassy,” she said.

In 1973, Tanzania severed relations with Israel, in line with the policy of the Organization of African Union (OAU) over the Israel-Palestinian conflict.

Kolimba said the two sides should resolve their differences peacefully.