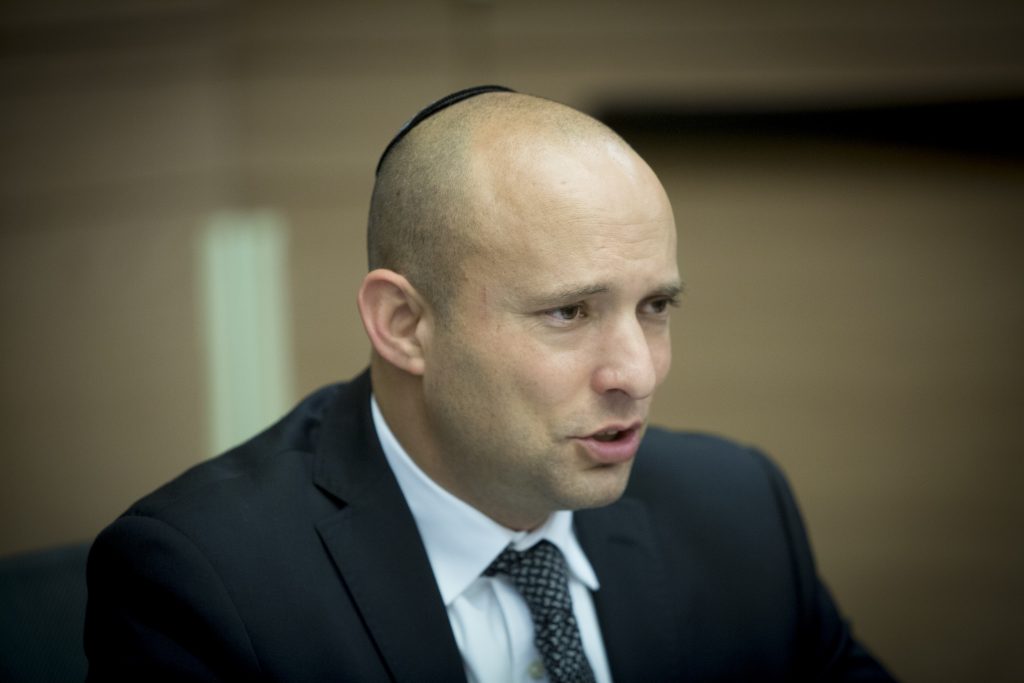 Education Minister Naftali Bennett (Jewish Home) said in a radio interview on Thursday that Israel should kidnap Arab terrorists in order to swap them for Jewish prisoners, rather than making deals that release Palestinian prisoners.
Bennett opposes releasing any terrorists in return for the bodies of IDF soldiers Hadar Goldin and Oron Shaul in any deal with Hamas.

“We should do what the state of Israel once did,” he told Radio Darom. “What we once did in such situations was we would go and kidnap from the other side, and create new leverage against the other side, rather than releasing more and more terrorists.”

A spokeswoman for Bennett stressed that he was proposing the abduction only of terrorists, not civilians.

Prime Minister Netanyahu has been under pressure from the Goldin and Shaul families to make a deal to bring back their bodies for burial in Israel. Hamas has demanded that 50 security prisoners be released in return for the two bodies.

In addition, Bennett told Army Radio on Thursday that after Netanyahu gets back from his trip to Africa, he will urge him to build more housing units for Jews in Yerushalayim and cancel a plan to build for Arabs in the capital’s Givat Hamatos neighborhood.

“From the ministers in Jewish Home, Yisrael Beytenu, Likud and [Finance Minister Moshe] Kahlon,” I think we have a majority on this key issue,” Bennett said.