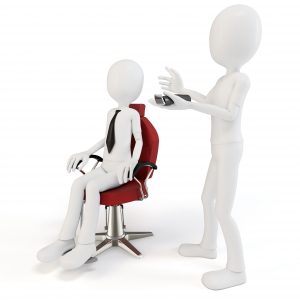 The Institute for Supply Management said Wednesday that its non-manufacturing index rose to 56.5 in June from 52.9 in May. Any reading above 50 signals growth. Production, new orders and export orders grew faster in June. Employment grew last month after contracting in May.

Services have been a source of strength for the American economy. The ISM services index has shown growth for 77 straight months.

“The rebound in the ISM index reinforces our view that the US economy remains on a firm footing,” Andrew Hunter, an economist at Capital Economics, wrote in a research report.

He expects growth to accelerate to an annual pace of 3 percent in the second quarter and to come in at “a solid” 2 percent for the year.

Employees of private services companies hold 71 percent of American non-farm jobs, and services firms account for 94 percent of the 12.9 million jobs created since the Great Recession ended in June 2009.

The ISM is a trade group of purchasing managers. Its services survey covers businesses that employ the vast majority of workers, including retail, construction, health care and financial services companies.

The American economy got off to a slow start this year, growing at a lackluster 1.1 percent annual pace from January through March. Economists expect the economy to grow at least twice as fast from April through June, lifted by a pickup in consumer spending.