National OPINION: Not Much GOP Can Do About Clinton Emails
National 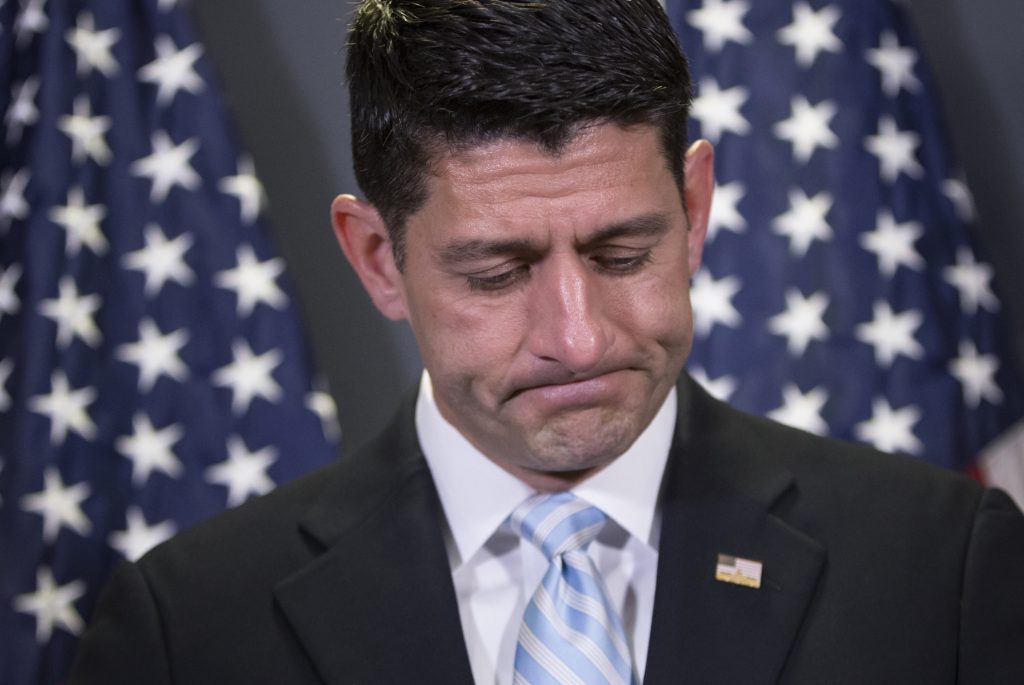 The Clinton emails saga isn’t over on Capitol Hill. House Republicans have options.

They just don’t seem to have very many good options.

A day after the FBI recommending Hillary Clinton not be indicted for “carelessly” using a private email server while secretary of state, House Republicans say they’re going to take matters into their own hands. But it’s not clear what they can do. It’s even less clear what they’d get out of it. What is clear is that the risk of political backfire is very, very real.

Congress can technically punish an executive official (or in Clinton’s case, a former executive official). The Supreme Court upheld their power to hold administration officials in contempt in 1821, noted Cornell Law Professor Joshua Chafetz. In that decision, Justice William Johnson wrote that taking away Congress’s power to do so would lead “to the total annihilation of the power of the House of Representatives to guard itself from contempt.”

Over the years, Congress has since built up its toolbox to safeguard itself and its powers: holding officials in contempt of Congress, voting to impeach officials — even arresting them.

In 1998, the House voted to impeach Clinton’s husband. In 2008, the House voted to hold Bush administration officials Harriet Miers and Josh Bolten in contempt. In 2012, they voted to hold the former head of the Justice Department, Eric Holder, in contempt of Congress. Twice in its history (most recently a century ago) they even had their sergeant at arms — Congress’s top cop — arrest an administration official for not complying with a subpoena. Most recently, a key House panel voted along party lines to censure the head of the IRS. (That’s a step below contempt, and the full House isn’t even likely to vote on that.)

Chafetz is doubtful Congress will try any of that on Clinton. All those options are rife with drama and not necessarily commensurate with the situation at hand, when Republicans don’t yet have answers about what law, if any, Clinton broke.

A more practical hurdle is the fact that they also take up a lot of time and energy. An already over-booked Congress has exactly eight days in session for the rest of the summer, and only a handful of weeks in session until Election Day, Nov. 8. Plus, even if they wanted to throw the book at Clinton, Chafetz says there’s a debate in legal circles about whether a former administration official can actually be impeached.

Republicans could instead focus their efforts on FBI’s Comey, who made the recommendation not to prosecute Clinton. Or on Lynch, who has indicated she’ll accept his recommendation. That seems to be their plan for now. But short of the options we just talked about, they don’t have much leverage to actually make the Obama administration prosecute Clinton.

Congress could also launch its own investigation into Clinton’s email servers, a la its recently finished investigation into the 2012 Benghazi terrorist attacks that happened under her watch. But that carries its own political risk. If they don’t find a smoking gun that proves Clinton should be indicted, it gets harder for Republicans to argue that the system is rigged (as Donald Trump has tweeted) or at least not impartial (as Ryan has told reporters).

“It’s better to just say, ‘This is a terrible outcome. Totally unfair.’ And just run on that in November,” said Matthew Green, a political science professor at Catholic University.

This might be a brilliant tactical maneuver — if it were a maneuver Congress was capable of making. But the legislative branch doesn’t actually provide those briefings — the CIA does. So CNN’s Manu Raju asked the logical question — exactly how Congress could actually restrict Clinton’s access to classified information. Ryan’s answer was the Hill GOP’s Clinton emails challenge writ small.

As frustrated as Republicans may be with the FBI’s findings on Clinton’s emails, there’s not much they can actually do about it.