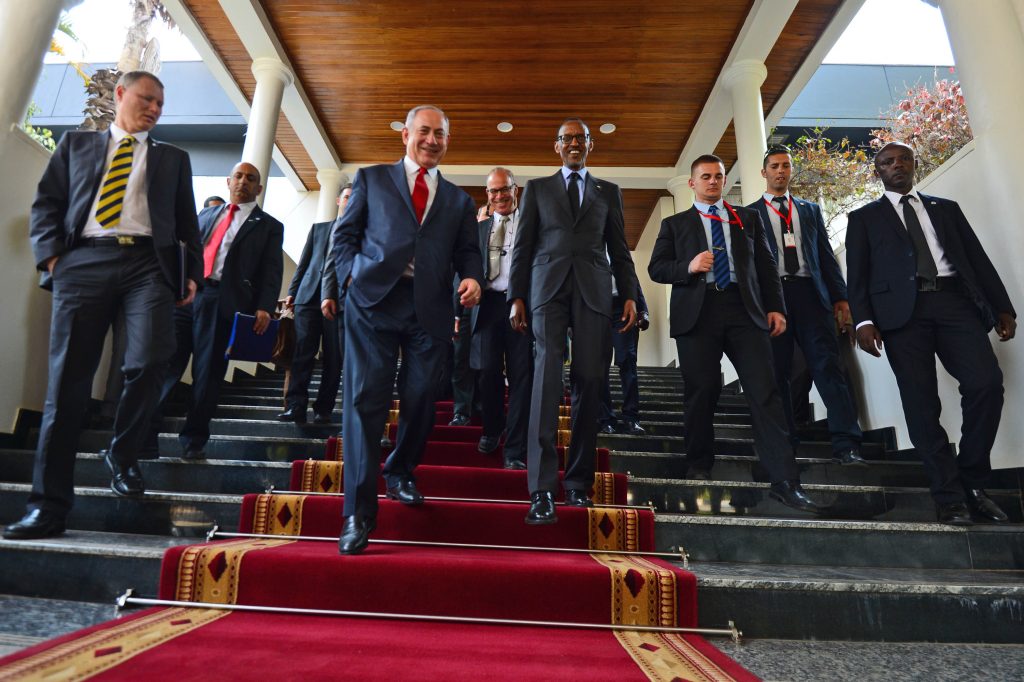 Israeli Prime Minister Binyamin Netanyahu on Wednesday toured a memorial for victims of the 1994 genocide in Rwanda during the first visit by a sitting Israeli prime minister to sub-Saharan Africa in three decades.

Netanyahu laid a wreath at the mass graves honoring the more than 800,000 victims of the genocide perpetrated by Hutu terrorists against the Tutsi ethnic group and moderate Hutus.

“We are deeply moved by this memorial to the victims of one of history’s greatest crimes and reminded of the haunting similarities to the genocide of our own people,” he and his wife, Sara, wrote in the visitors’ book.

Netanyahu, who is pursuing closer security and other ties with African nations, has already been to Uganda and Kenya this week and was moving on to Ethiopia later Wednesday.