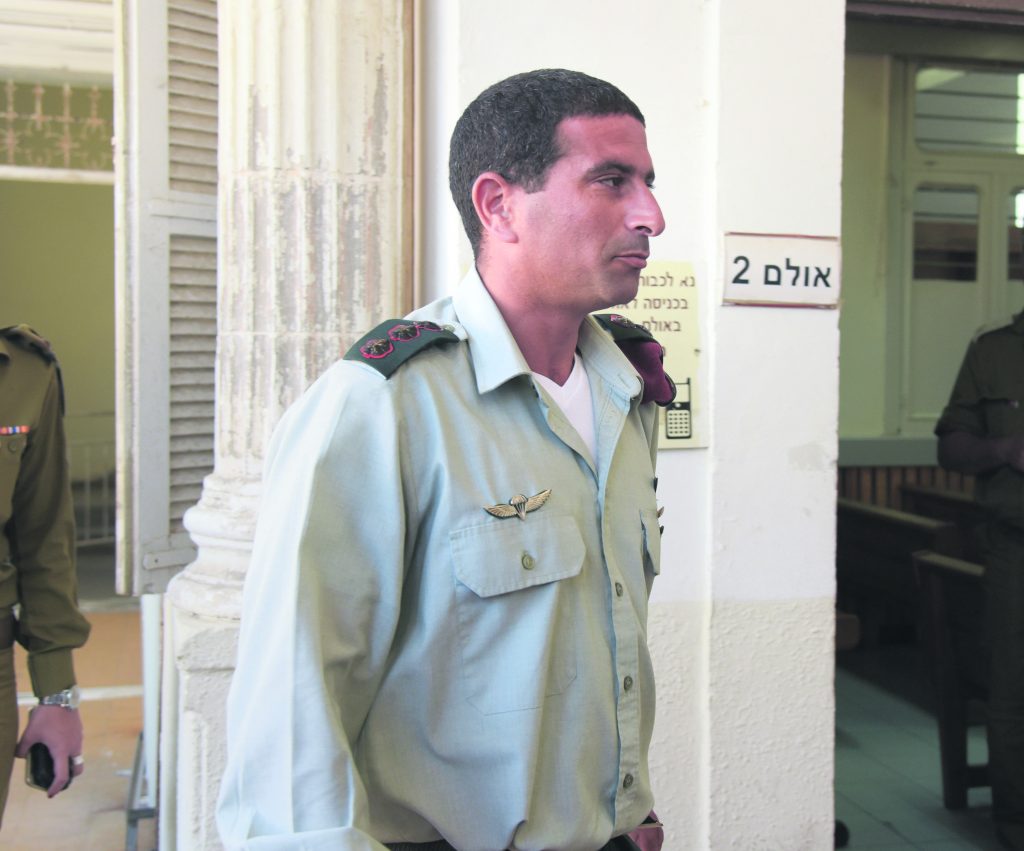 The soldier who shot a “neutralized” terrorist in Chevron on March 24 was unjustified in his action, the outgoing commander of the Chevron Brigade, Col. Yariv Ben-Ezra, testified in military court Wednesday.

According to Haaretz, Ben-Ezra, the highest-ranking officer to testify in the case so far, testified that the IDF security coordinator had told him “that after the primary event had ended, there was a shooting for reasons that were not clear. At this stage we end the conversation and I call in the battalion commander and tell him to check what had been described. The battalion commander gets back to me after a minute and a half and says that the event in question was very serious.”

Next, the battalion commander came to see Ben-Ezra together with the company commander, the officer told the court. “At this stage they explained to me, after I asked what the explanation behind the event was, that it was not clear. They tell me that the soldier said, to the best of my memory, that ‘terrorists should be killed.’ I understand something irregular happened and update the division commander.”

Responding to a question from the prosecution, Ben-Ezra said he saw no operational justification in the soldier shooting the Palestinian. That seemed apparent from the beginning, he said, “and the more information was added that day, I understood that the shooting had not been justified. Since the shooting took place in a situation where life was not in danger, and the more I watched the video clip later, I understood that better.” Based on the behavior of people at the event, the discourse, and following investigations, Ben-Ezra said again that the terrorist had posed no danger at that stage.

Asked if he had heard the soldier’s claim that he shot the Palestinian because he feared he was bearing explosives, Ben-Ezra answered that he had not: “Throughout the first stage, I heard no such claim about any such thing. The first time I heard of that suspicion was at noon, through the media, when the event was publicized. Not on my way to the site, not at the site — the subject of fear of a bomb never came up.”

The day before the shooting, Ben-Ezra had written a report stating that in “the last two weeks, there were two cases where Magen David Adom was unwilling to take care of wounded Palestinians. It bears noting that the priority is first to take care of the settler/soldier and then the Palestinian, but it is their duty to provide first aid for all. It needs to be understood that this element directly influences the operational situation.”

Also on Tuesday, the soldier’s father accused the army prosecutors of framing his son. “I have never seen such conduct,” the father said. “It is corrupt. Liars. You’re trying everything to frame him. This is a frame job, great G-d. … I trust the legal system and ask for a fair trial, but I don’t feel this is a fair trial. Somebody is pulling the strings, and the prosecution should climb down from their tree.”

The prosecutor, Lt. Col. Nadav Weissman, demanded the court censure the father’s comments and conduct, saying a prosecutor could not be accused of anything worse than framing a suspect.