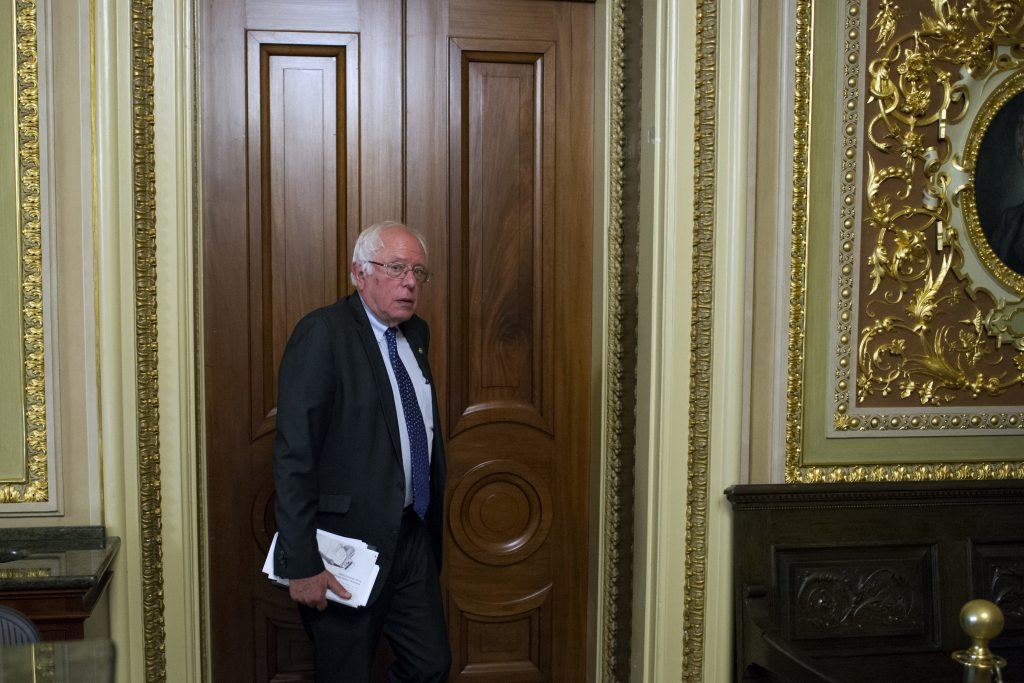 Sen. Bernie Sanders was booed during a closed meeting with House Democrats on Wednesday, as lawmakers shouted “Timeline! Timeline!” — pressing for his endorsement of Democratic rival Hillary Clinton as the party’s presidential nominee.

The Vermont senator did not directly answer Democrats’ many questions about his intentions, according to a source in the room who requested anonymity to discuss the private session.

“He went in there with his canned talking points from the stump,” the source said. “People just weren’t having it.”

Democrats have struggled to unify the party as Clinton all but secured the party’s nomination, but Sanders has continued his renegade campaign.

At one point, Sanders praised Democrats for the most progressive party platform, but then outlined differences he had over trade, climate change and the minimum wage, as well as rules over superdelegates.

But several progressive House Democrats are on the platform-writing committee and some lawmakers pressed for specifics.

One lawmaker said she felt “bullied” and “like a hostage” over his demands, the source said.

At one point, boos erupted when Sanders told the Democrats “the goal is not to win elections,” but to “transform America.”

House Democrats had extended the invitation to Sanders months ago to address the caucus. Clinton has twice visited privately with Democrats on the Hill.