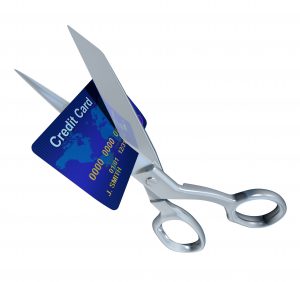 Q. “Does it make sense to close a credit card that is charging a monthly fee ($6) when that account is anchoring your credit history? I have a credit card that I’ve had for 10 years, the longest in my report. I don’t use it much anymore, but I worry about what will happen to my credit score if I close it.”

A. Credit history matters in determining a person’s credit score, and the reader is right in assuming that closing his oldest credit card could potentially ding his credit score.

But figuring out exactly how much a person’s credit score might drop after an account is closed depends more on how that person is using his cards and what other credit cards he has available. It’s possible any ding to credit may be avoided. And if there is a drop, it may not matter much at all for consumers who are not planning to apply for loans in the next several months, especially if their credit is in pretty good standing overall.

First, it’s worth noting that the length of a person’s credit history accounts only for 15 percent of a person’s FICO score, which is a number used by a majority of lenders. (A much bigger factor is whether that person is paying bills on time, because payment history makes up 35 percent of the score.)

Losing the oldest card in a person’s credit history can shorten the overall length of that person’s credit, but the damage may be limited if that person has other cards for nearly as long as the oldest, said Sarah Davies, senior vice president of analytics for VantageScore. For instance, a consumer who closes a credit card he has had for 20 years may not see as much of a drop to his credit score if he has another credit card that he has had for 19 years, she said.

It also matters how much available credit that person has overall, Davies said. Consider a person with three credit cards that each have a spending limit of $10,000, for a total of $30,000 in available credit. Closing one of those cards will bring the person’s total available credit down to $20,000, Davies says.

That lower credit limit on its own will not necessarily hurt the person’s credit score. But if he spends the same amount on the cards each month – say, he continues to spend each month an average of $10,000 on those cards combined – he would go from using a third of his overall credit to using half of his total credit. (Lenders generally want to see that you are using less than 30 percent of your total available credit.)

That measure, known as credit utilization, makes up about 30 percent of a person’s FICO score, the second biggest factor after payment history. But even here, the consumer may be able to avoid a drop in his credit score by reducing how much he spends on his cards each month, Davies says.

As the reader points out, the decision of whether to close an account should also come down to how much the card costs and what benefit it offers. In general, card holders who are willing to pay a fee for their credit cards need to crunch the numbers on any rewards they are earning to see whether the cash back, flights or discounts they are earning are worth more than what they pay to have access to the card. Closing the card to eliminate those monthly fees can be a smart move if it won’t lead to a sizable drop in a person’s credit score.

Some people wondering if they should close a credit card they rarely use may find the decision has already been made for them. Some credit card companies may close accounts that have been inactive for an extended period of time, Davies says. And that account closing would still have the same effect on a person’s credit score – even if the decision wasn’t made by the consumer.

It’s also worth remembering that credit scores typically change a little from one month to the next. Those monthly fluctuations, especially the minor ones, may not matter unless you’re applying for a loan in the near future, Davies says.