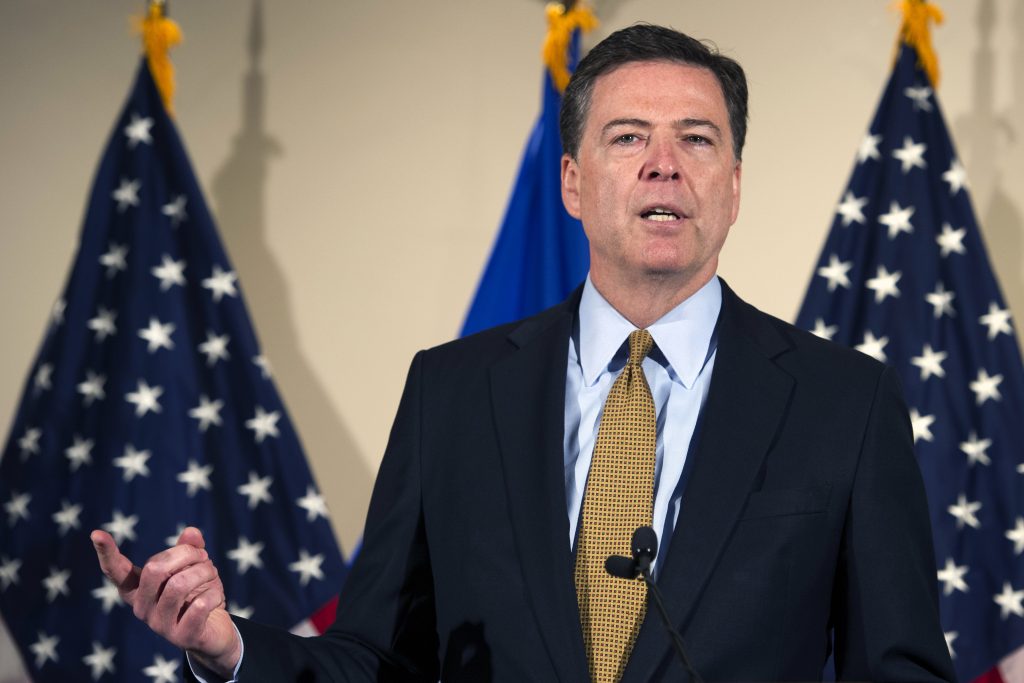 Angry House Republicans are announcing plans to investigate after FBI Director James Comey recommended against criminal charges for Hillary Clinton over her handling of classified emails.

“The FBI should give us all of their findings,” Ryan told Fox News on Tuesday. Ryan said Clinton is “competing for commander in chief here, so I think there’s a whole accounting that needs to happen.”

Democrats on the committee said Republican leaders of the panel had called an emergency hearing for Thursday. They attacked the decision as political.

“Republican after Republican praised Director Comey’s impeccable record of independence – right up until the moment he issued his conclusion,” said the committee’s top Democrat, Rep. Elijah Cummings of Maryland. “The only emergency here is that yet another Republican conspiracy theory is slipping away.”

In a brief interview Wednesday morning, the chairman, Rep. Jason Chaffetz, R-Utah, said he had spoken with Comey on Tuesday and that his testimony had been long-scheduled.

The FBI is supposed to be insulated from partisanship, with directors appointed to serve 10-year terms under legislation passed in 1976 following J. Edgar Hoover’s extraordinary 48-year tenure. Comey is a Republican first nominated to a senior Justice Department post by George W. Bush, and tapped to lead the FBI in 2013 by President Barack Obama.

But Comey’s declaration that “no charges are appropriate” against Clinton is drawing a deluge of GOP criticism, even though Comey prefaced it by calling Clinton “extremely careless” in her handling of highly sensitive information. He also suggested she sent emails with information that was classified at the time, contrary to her previous claims.

“What really just mystifies me is the case he makes and then the conclusion he draws and what bothers me about this is the Clintons really are living above the law. They’re being held by different set of standards. That is clearly what this looks like,” Ryan said. “And this is why we’re going to have hearings, and this is why I think that Comey should give us all the publicly available information to see how and why they reached these conclusions.”

The chairman of the House Judiciary Committee, Rep. Bob Goodlatte, R-Va., also criticized Comey’s conclusions and released a lengthy letter to the director demanding answers to a series of questions about how he reached them.

Rep. Mike Turner of Ohio charged that “the investigation by the FBI is steeped in political bias,” and called for appointment of an independent counsel in the case.

Another House Republican, Paul Gosar of Arizona, tweeted a cartoon of a Monopoly “Get out of jail free” card showing a winged Clinton flying out of a cage labeled “FBI.”

Sen. Rand Paul of Kentucky, like Cruz a failed GOP presidential contender, declared: “This is an outrage, and the rule of law has been shattered. … The FBI should be better than this.”

Sen. Kelly Ayotte of New Hampshire, a former attorney general in her state who is in a tough re-election race, complained that “The lives of Americans depend on the protection of classified information, and failing to enforce the law in this case sets a dangerous precedent for our national security.”

Donald Trump, the presumptive GOP presidential candidate who looks certain to face Democrat Clinton for president, complained that the system is “rigged,” and that “it was no accident that charges were not recommended against Hillary the exact same day as President Obama campaigns with her for the first time.”

Yet Comey’s approach also drew scattered complaints from Democrats who objected to his lengthy criticism of Clinton if he wasn’t going to recommend an indictment. “Once again, Clinton gets worse treatment than anyone else would. I can’t remember an FBI press conference like that when charges declined,” Matthew Miller, a former Justice Department spokesman and Democratic operative and congressional aide, said over Twitter.

Comey, who served as deputy attorney general in the Bush Justice Department, seemed to anticipate his critics, offering something of a pre-buttal at the end of his statement Tuesday.

“I know there will be intense public debate in the wake of this recommendation, as there was throughout the investigation,” Comey said. “What I can assure the American people is that this investigation was done honestly, confidently and independently. No outside influence of any kind was brought to bear.”