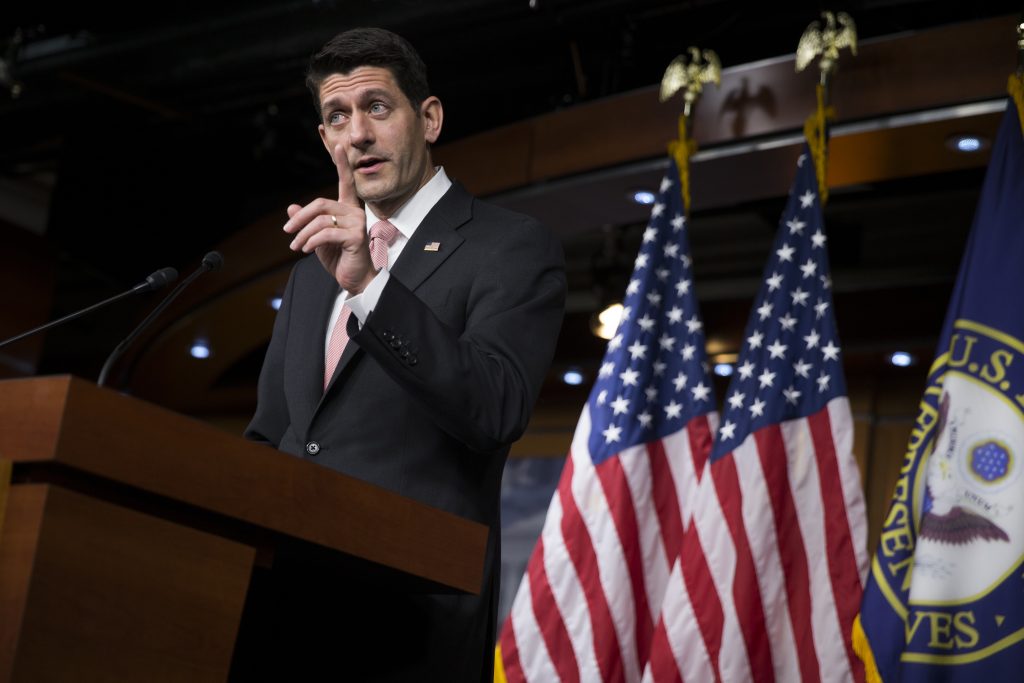 “Candidates should know that,” Ryan, the highest-ranking elected Republican, said in an interview with radio station WTMJ in Milwaukee, two days before Trump was due to meet House and Senate Republicans in Washington.

“I really believe he’s got to clean up the way his new media works,” he said, in a reference to Trump’s social media efforts. The presumptive Republican nominee has frequently used Twitter to skewer his opponents and push his proposals.

The radio station posted audio from the interview on its website, and the Wisconsin congressman’s office provided a transcript of the session.

Ryan’s comments came a day after Trump defended the tweet, saying he had not meant the six-pointed star to refer to the Star of David.

Rather, he said, the star could have referred to a sheriff’s badge, which is shaped similarly except for small circles at the ends of each of its six points, or a “plain star.”

Republican leaders were criticized in the U.S. media for not speaking out forcefully against the image attacking Clinton, which appeared over the U.S. Independence Day holiday weekend.

“If I had to stop everything and comment to a ridiculous tweet sent out by this (Trump) campaign, I’d have no time for anything else,” said Ryan, who supports Trump but has repeatedly spoken out against Trump’s rhetoric, including his criticism of a Mexican-American judge.

“My understanding is, this was done by staff not by he himself,” Ryan said. “But more importantly, they’ve got clean this thing up.”

Trump is due to meet with House and Senate Republicans in Washington on Thursday. Ryan did not say whether the tweet was likely to come up.

House Republican leader Kevin McCarthy told reporters that the meeting would mainly focus on the newly released Republican agenda, which addresses six types of issue from poverty to tax reform.

“But members will be free to talk about all different angles, and ideas, and probably some people will give their opinions and ideas on how to run the campaign,” McCarthy said.

Asked about his comfort level with Trump, the California Republican replied: “I always look for constant improvement.”