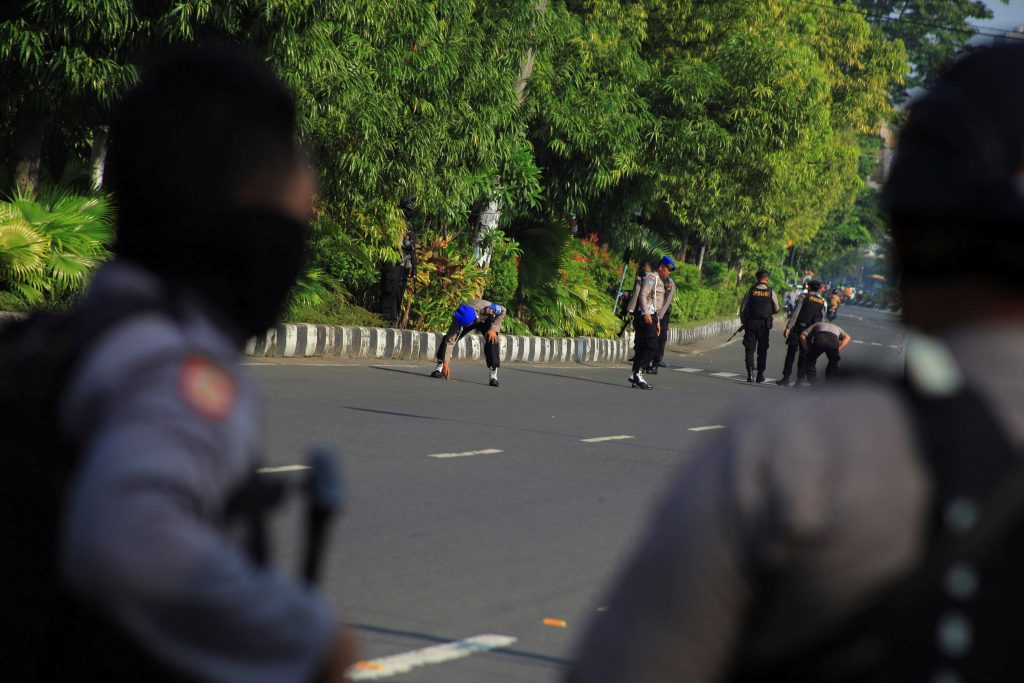 A suicide bomber on a motorcycle attacked a police station in the small Indonesian city of Solo on Tuesday, killing himself and wounding a police officer, a police spokesman said.

Following the attack, Indonesian President Joko Widodo, who is from Solo and a former mayor of the town, urged calm and ordered police to quickly arrest others that may have been connected to the suicide bomber.

Police have increased security at churches, mosques, shopping malls and airports as Indonesia, home to the world’s largest Muslim population, prepares to celebrate the end of the Islamic month of Ramadan.

“We are increasing the number of personnel, as well as intensifying patrols and security in places where there are a lot of people gathering,” said police spokesman Agus Rianto.

Police said the attacker detonated the bomb he was wearing shortly after driving into the grounds of the police station in Solo, known as a hotbed of religious fundamentalism. A police officer who tried to stop him from entering sustained minor injuries.

The identity of the bomber was not immediately clear, but intelligence chief Sutiyoso told MetroTV he suspected the terrorist was a supporter of Islamic State. The radical group claimed its first attack in Indonesia last January, which killed four people in the capital, Jakarta.

Indonesia saw a spate of attacks in the early 2000s, the deadliest of which was a bombing on the holiday island of Bali that killed 202 people, most of them tourists.

Police have been largely successful in destroying domestic terror cells since then, but they now worry that the influence of Islamic State could pitch the country back into violence.

Southeast Asian terrorists who claim to be fighting for Islamic State in the Middle East have said they have chosen one of the most wanted men in the Philippines to head a regional faction of the ultra-radical group that includes Indonesians and Malaysians, security officials said last month.