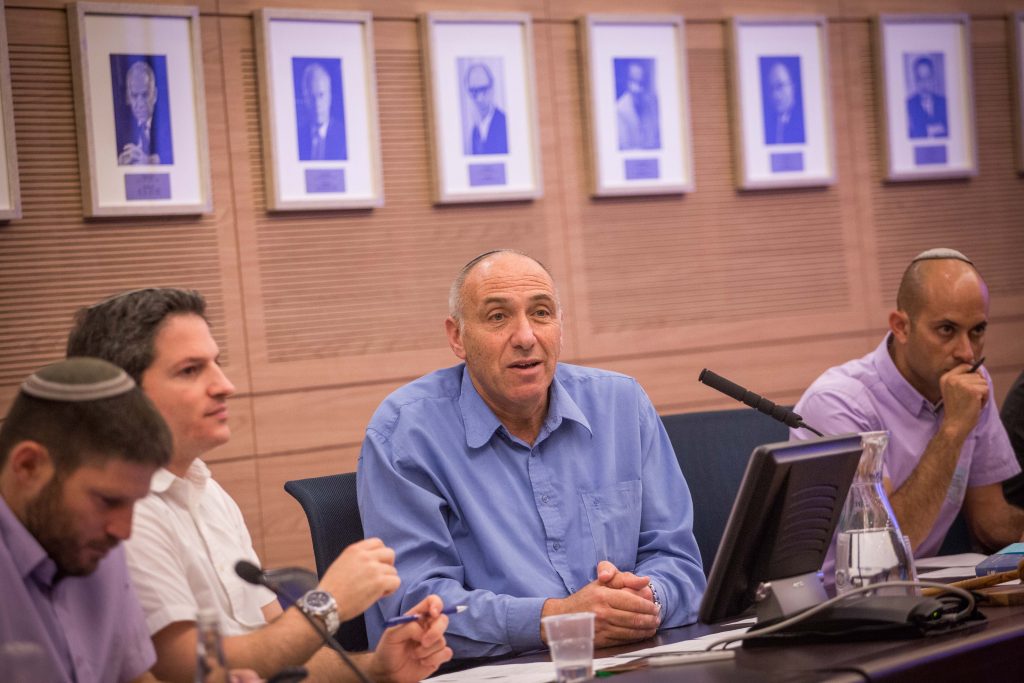 A Knesset inquiry into the chronic water shortage in communities in the Shomron has revealed that theft by siphoning in the Palestinian Authority has been a major cause of the shortfall, Arutz Sheva reported on Tuesday.

Motti Yogev (Jewish Home), chairman of the subcommittee on Civil Affairs and Security in Yehudah and Shomron, laid the blame first of all on the Israeli authorities.

“The authorities have dried up the residents of Yehudah and Shomron, Jews and Arabs alike,” said Yogev. “The Coordinator of Government Activities in the Territories (COGAT) and the Water Authority have known for many years what needs to be done, but it has yet to be done.”

The Mekorot water company informed the subcommittee that demand in the region had grown to 58,000-60,000 cubic meters of water per day, but that the existing infrastructure was capable of bringing only 51,000 cubic meters a day, hence the shortage.

However, of the 7,000-9,000 cubic meter daily shortfall, at least 5,000 cubic meters were attributed to illegal water hookups in the Palestinian Authority, siphoning off about 10% of the total supply, the MK’s were told.

“We must fight the thefts aggressively, as they are a major cause of the current crisis,” said Alex Kushnir, Director of the Water Authority, though he admitted that “to date, no indictments have been filed against water thieves.”

COGAT Deputy, Brigadier General Guy Goldstein, said the agency’s hands were tied, because any action must be approved by the joint regional water committee, where the PA wields a veto.

“We operate only in accordance with the government`s instructions. There needs to be a diplomatic decision for the entire region that will make it clear to the Water Authority how to plan and provide solutions,” he said.