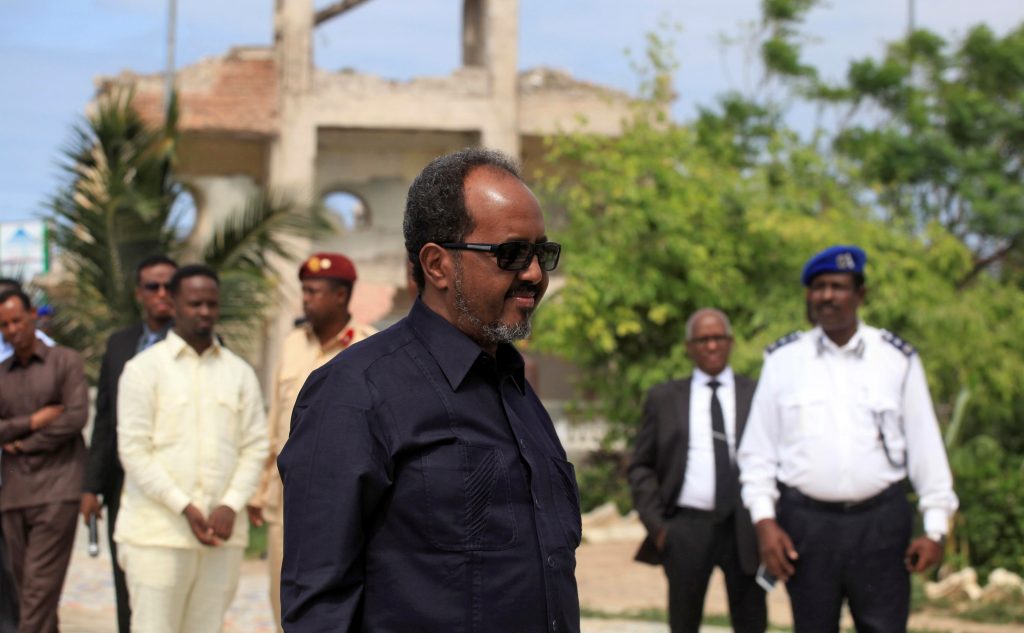 Israel and Somalia have made high-level diplomatic contact for the first time, as it emerged on Tuesday that Prime Minister Binyamin Netanyahu met recently with the president of Somalia.

A source close to the Somali leader Hassan Sheikh Mohamud confirmed to The Times of Israel that he met with Netanyahu in Israel two weeks ago with three other officials on a short visit.

Another meeting between the two leaders is planned for the near future, the senior official said.

Israel and Somalia do not have formal diplomatic relations. The East African nation, with a population of 11 million, mostly Sunni Muslims, is a member of the Arab League.

Israeli officials on Tuesday would not comment on the matter. Foreign Ministry Director-General Dore Gold said he could neither confirm nor deny it.