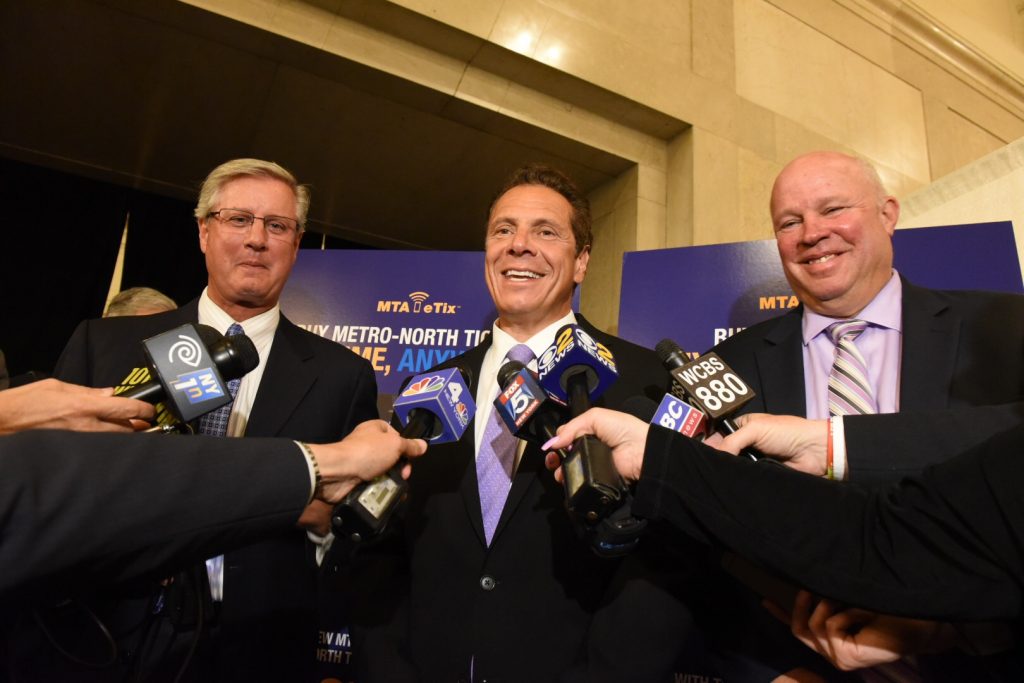 The Metropolitan Transportation Authority will be accelerating the rollout of a free ticketing app that will allow Long Island Rail Road and Metro-North Railroad customers to purchase train tickets with their mobile devices.

The app, called MTA eTix, is already available for customers who ride LIRR’s Port Washington branch or Metro-North’s Hudson Line. The app was originally scheduled to be available for all other lines/branches by the end of the year. However, in a press conference Tuesday at Grand Central Terminal, New York Gov. Andrew Cuomo, along with MTA officials, announced that the app will be available by late August.

Tickets purchased on the app cost the same as those purchased at a ticket machine.

After downloading the app, you will need to sign up for an account. You can then select the ticket you wish to buy, and the ticket will be delivered electronically to your phone.

Once the ticket is purchased, you must activate the ticket just before boarding the train. To activate your ticket, go to the “Ticket Wallet,” choose the applicable ticket and click on the “Activate Ticket” button. Tickets remain active for the duration of your trip. Upon request, simply show the activated ticket screen to the conductor.

The MTA eTix app will also make available a list of train schedules and fares.

At the press conference, Cuomo repeated his call for modernizing the state’s transportation infrastructure, both in construction and technology, including eventually phasing out the MetroCard in the New York City public transportation system.

“That is the vision – to have one interoperable technology system” that would work with the New York City transportation system as well as the railroads, said the governor. “And that is part of, not just rebuilding the MTA, building a new MTA as part of a new transportation system.”

Cuomo warned that “if we do not build a new MTA system … We will constrain growth, because you can’t grow the region unless you grow your transportation system.”