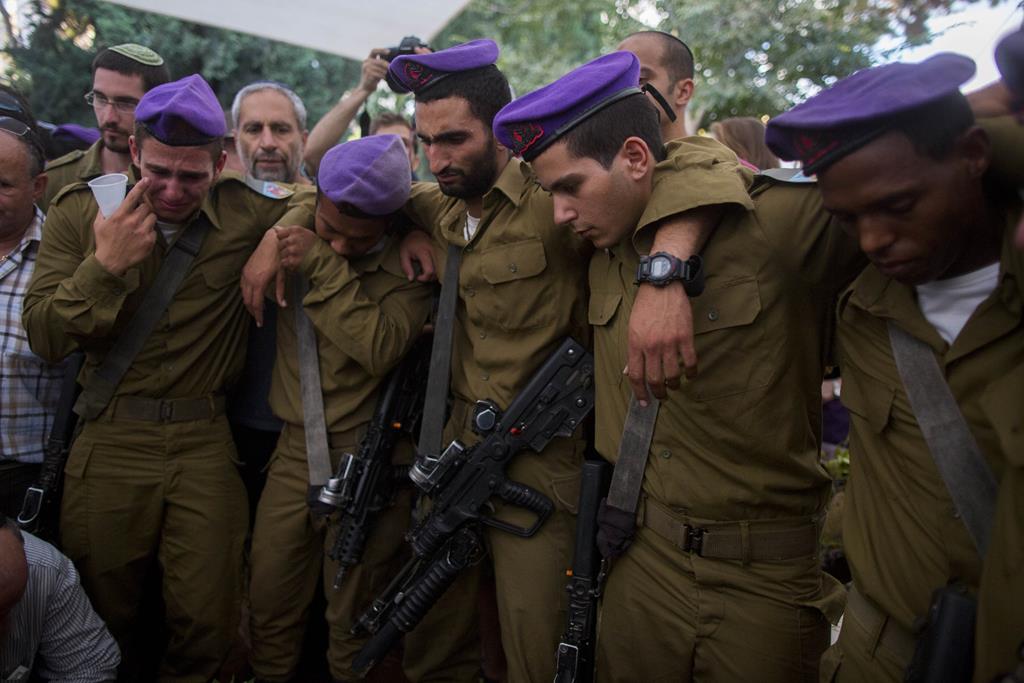 Following the denial of three petitions by the High Court on Tuesday against the Israel-Turkey reconciliation deal, families of the soldiers Oron Shaul and Hadar Goldin, Hy”d, are planning to carry out several protests. The first is set to take place Wednesday, when family members will seek to physically bar families of terrorists from visiting their relatives in prison.

Petitions against the deal were presented to the court in recent days by the families, right-wing activists Michael Ben Ari, Baruch Marzel, Itamar Ben-Gvir and Bentzi Gopstein, and the Israel Law Center, headed by attorney Nitsana Darshan-Leitner. The court considered all three petitions as a single entity, and said that it did not feel comfortable interfering in the matter. “There are matters that are strictly for the state to deal with,” the court said. “There is no doubt that the claims in these petitions are worthy and interesting, but the court will not pursue them. That is the job of the government.”

The petitions were aimed at derailing the deal until the whereabouts of all the soldiers were accounted for. IDF soldiers Hadar Goldin and Oron Shaul went missing during 2014’s Operation Protective Edge, when witnesses saw their bodies dragged through the opening of a Hamas terror tunnel. The two were considered as definitely killed in battle, the IDF said, but last month their status was redefined and they were declared as also being “missing in action” and in captivity. IDF soldier Avraham Mengistu, whose family was also a party to the petition, was captured by Hamas in September 2014, at the end of Operation Protective Edge. Hamas originally claimed that Mengistu had entered Gaza willingly and that he had been released to live as a civilian there, but later confirmed that it was holding him and a second individual.

The families have been demanding that the soldiers’ return be conditional on the approval of the petition — something Prime Minister Binyamin Netanyahu said was not possible. As part of the agreement, Israel is allowing Turkey to become more active in Gaza, taking on projects such as the construction of a power plant, and the families had hoped that Israel could pressure Turkey to force Hamas to release the soldiers.

Commenting on the decision, Darshan-Leitner said that “Hamas is still damaging Israel. We have tried very hard to make Hamas illegal, but while around the world it is now recognized as a terror group, the Hamas leadership found shelter in Turkey. Now, Israel is apparently ready to officially accept the protection Turkey has provided Hamas. This is a slippery slope which will end in full acceptance and recognition of Hamas.”