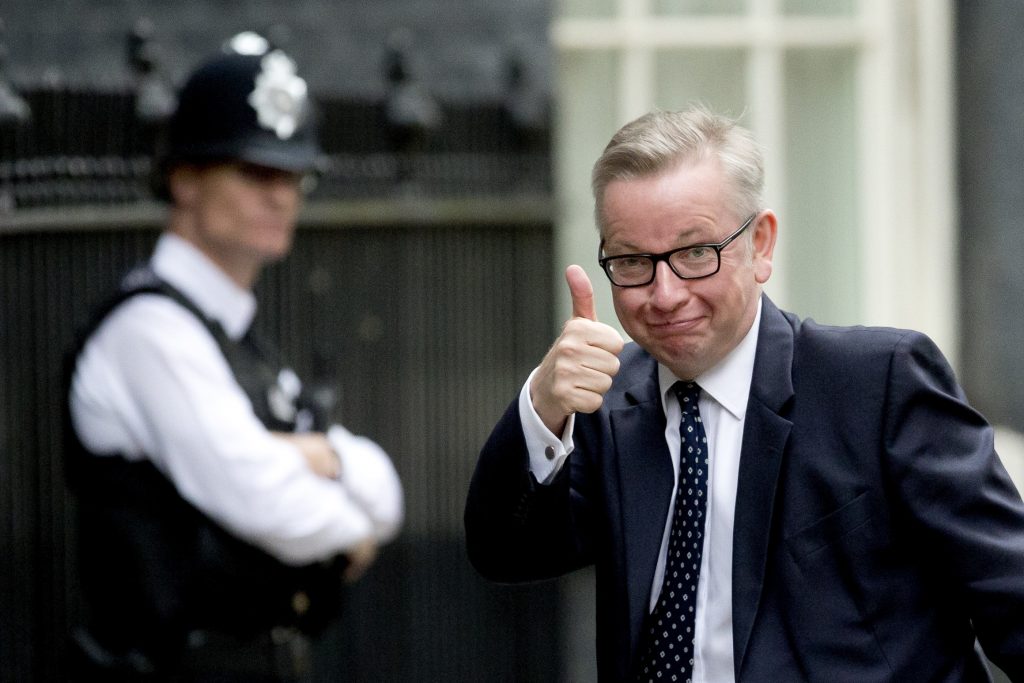 The race to succeed Conservative Prime Minister David Cameron intensified Tuesday as Britain grappled with growing signs of economic strain resulting from the country’s vote to leave the European Union.

With the British currency plunging to its lowest point in three decades, Home Secretary Theresa May scored a substantial victory in the first round of voting to determine who will follow Cameron as party leader and prime minister.

She garnered just over half the votes cast, with 165 Conservative Party members of Parliament backing her. Her strong showing does not guarantee she will eventually reside at 10 Downing Street, however, as lawmakers will narrow the field to two candidates and then put the matter to a vote before the entire party membership.

That means more twists and turns are likely in the vital leadership race. The victor, to be announced Sept. 9, will be charged with becoming prime minister and leading what are expected to be tense negotiations to extricate Britain from the 28-nation EU bloc.

May, who backed remaining in the EU during the hard-fought campaign, said she was pleased by the result in the leadership vote and very grateful to her colleagues.

“There is a big job before us: To unite our party and the country, to negotiate the best possible deal as we leave the EU, and to make Britain work for everyone,” said May, who now says the peoples’ desire to leave the EU must be respected.