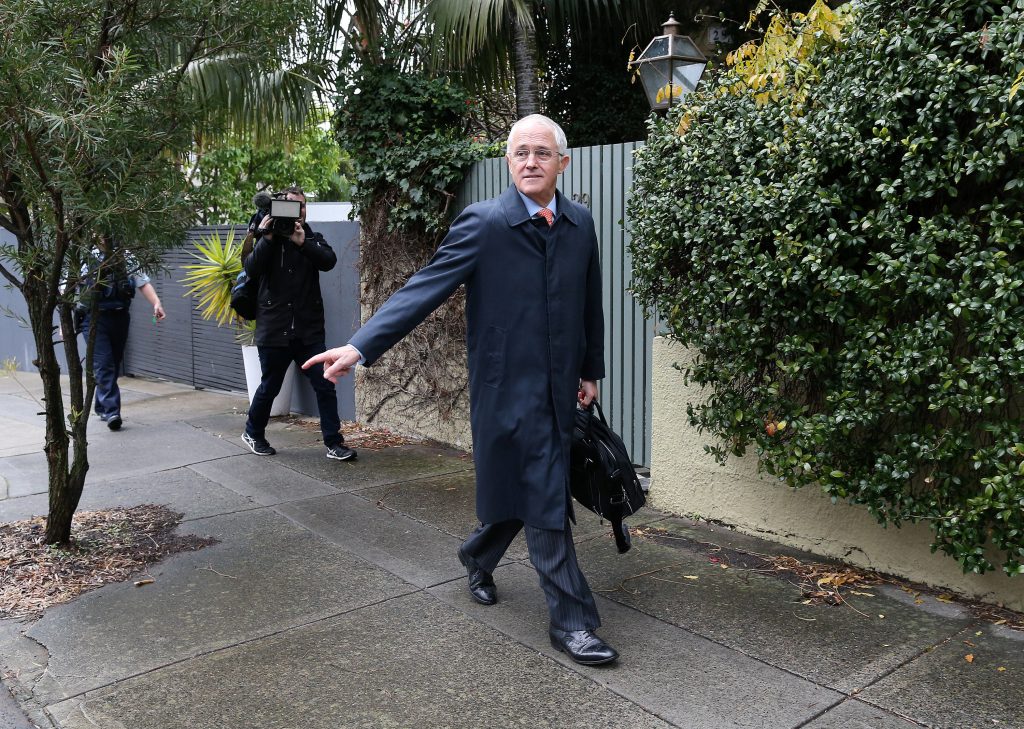 Embattled Australian Prime Minister Malcolm Turnbull defended his performance after widespread calls for his resignation and said on Tuesday he was confident of retaining office after vote counting resumed in a cliffhanger election.

Electoral officials began counting 1.5 million postal and absentee votes that will be crucial to the result of Saturday’s election, which is still seen as too close to call. That process is likely to carry on for days, possibly weeks, leaving Australia in a political vacuum after Turnbull’s gamble in calling an early election backfired badly with a much bigger swing than expected against his conservative coalition.

Turnbull’s Liberal-National coalition has so far secured 68 lower house seats and the center-left Labor opposition 67, according to projections by the Australian Broadcasting Corporation, both agonizingly short of the 76 seats needed to form a majority government in the House of Representatives.

Turnbull said in his first public comments since Sunday that he took full responsibility for his coalition’s campaign and that he was still confident of winning a majority.

“There is no doubt that there is a level of disillusionment with politics, with government and with the major parties,” Turnbull told reporters. “We need to listen very carefully to concerns of the Australian people expressed through this election,” he said.

Turnbull’s disastrous polling has led to attacks from inside and outside his party after he gambled and called elections in both houses of Parliament in an attempt to settle a querulous upper house Senate.

The political stability he had sought has evaporated, with a wave of independents winning office, likely making it impossible for him to push ahead with his reformist economic agenda, including a A$50 billion (US$37.7 billion) corporate tax break.

Labor leader Bill Shorten, who has been appearing in what has been described as a crosscountry victory lap, warned Turnbull against making any further drastic decisions, and said Labor was ready to work with all parties in Parliament.

“I really think Malcolm Turnbull … has done a grave disservice to this country and he has given us instability,” Shorten told reporters in Queensland State.

The election was meant to end political turmoil that had seen four prime ministers in three years. Instead, it left Turnbull’s own leadership in question less than a year after he ousted then-Prime Minister Tony Abbott in a party-room coup.

Turnbull is being blamed for a series of missteps, beginning with triggering the double dissolution of Parliament in May, and a long eight-week campaign that allowed time for Labor to hit key issues like health care and company tax cuts.

Abbott’s supporters, including former Chief of Staff Peta Credlin and Senator Cory Bernardi, have made blistering attacks on Turnbull’s judgment. At the same time, independents who could hold the balance of power have refused to commit to either the coalition or Labor.

“This hasn’t been an outcome we wanted, but it’s not the end of the world,” Howard told reporters.

Peter Chen, a political analyst at the University of Sydney, said the election had exposed Turnbull as a failure.

“I think probably what he should be doing is cleaning out his desk. He’s done,” Chen told Reuters.