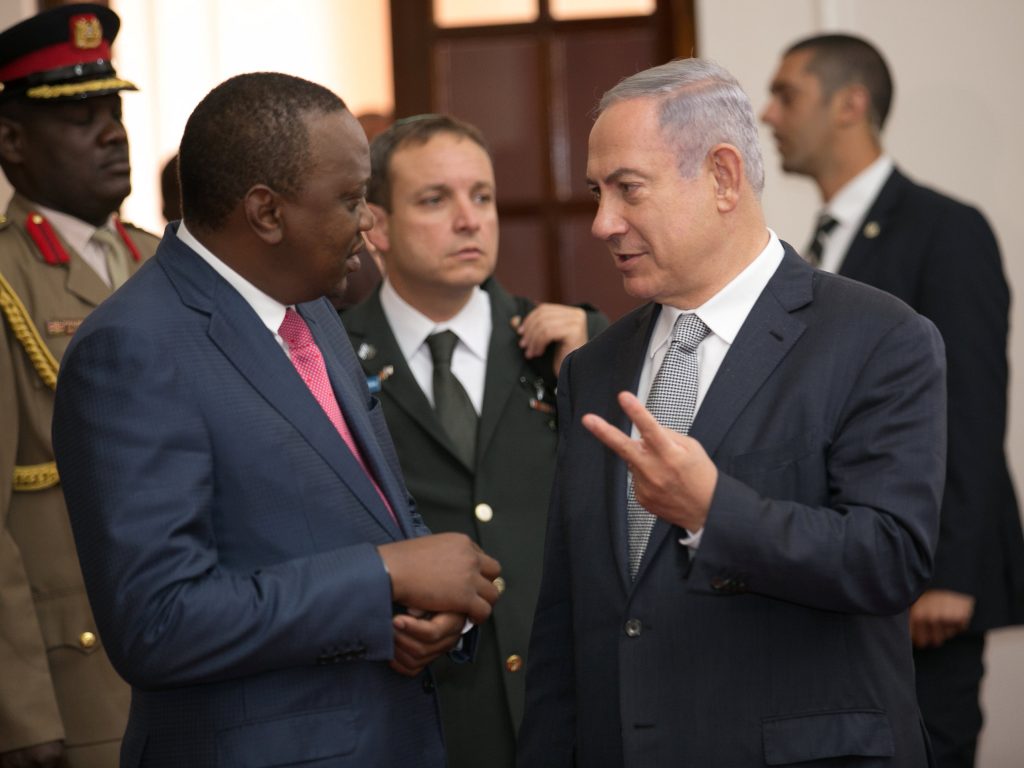 Prime Minister Binyamin Netanyahu’s African trip has a long-range goal: the breakup of the automatic Arab-led anti-Israel majority in the U.N., which has long had the support of African countries.

“It might take a decade, but we will change the automatic majority against Israel. That’s something that has never been possible in the past… We are a country with values that is sought after by countries in the world. We have many admirers in the world,” he was quoted by The Times of Israel as saying on Tuesday.

Following the summit with seven African leaders in Entebbe, Uganda, Netanyahu predicted that the number of countries on the continent seeking to work with Israel would continue to increase. This would lead to a change in African nations’ voting patterns, he said, though he did not claim any actual promises were made to him by the leaders he met earlier in the day.

“We want this alliance, this alliance can gradually change — it will take time — but we have set a goal,” he told reporters aboard his plane as it neared Nairobi airport.

The first signs of a changing voting pattern could be seen already last September, at the International Atomic Energy Agency’s General Conference in Vienna, during which Egypt had proposed a resolution calling for an international inspections regime for Israel’s nuclear facilities. The resolution failed to garner a majority.

He cited last September’s vote at the International Atomic Energy Agency’s General Conference in Vienna on a resolution calling for international inspections of Israel’s nuclear facilities that was defeated, in part thanks to African friends.

“Some [African] countries voted for us, or not against us. This trend will continue,” the prime minister said.