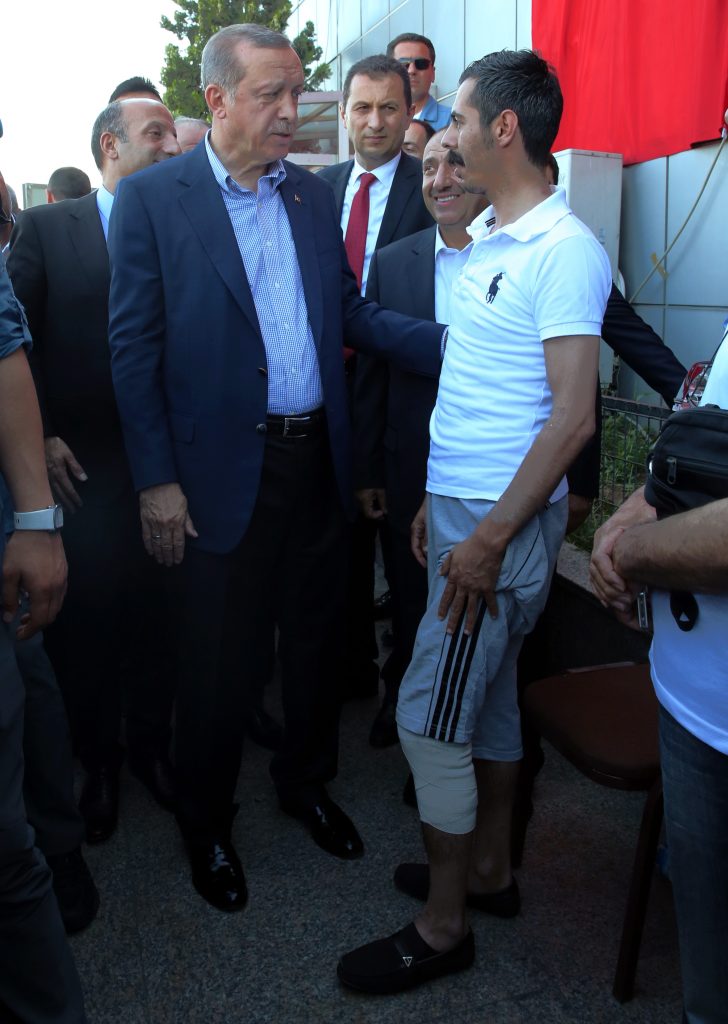 The private Dogan news agency said the two suspects hail from the Central Asian nation of Kyrgyzstan and identified them by their initials F.M.I and K.V. They were detained Sunday.

According to the report, Turkish police found military camouflage outfits and thermal binoculars, in addition to two passports issued under different names, in the suspects’ suitcases. The report did not specify if the pair were leaving Turkey, or arriving.

Three terrorists armed with assault rifles and suicide bombs stormed Istanbul’s Ataturk Airport on June 28, killing 44 people. No one has claimed responsibility for the attack, but Turkish officials say they believe it was the work of the Islamic State terror group.

The group, which has used the porous border with Turkey to establish itself in neighboring Syria and Iraq, has repeatedly threatened Turkey. In turn, Turkey has blamed IS for several major bombings in the past year in Ankara and Istanbul.

In total, 29 suspects have been detained in connection to the attack, according to the state-run Anadolu Agency. It said 16 individuals suspected of involvement in the airport attack, including 11 foreigners, were sent to the Istanbul court of Bakirkoy on Monday after undergoing medical checks.

There has been speculation that Akhmed Chatayev, a Chechen terrorist known to be a top lieutenant in the IS terror group, may have masterminded the attack, but Turkish officials haven’t confirmed his involvement. One official said the bombers were from Russia, Uzbekistan and Kyrgyzstan.

According to Anadolu, prosecutors have established the identity of two of the three airport terrorists — giving their names as Rakim Bulgarov and Vadim Osmanov — and were trying to identify the third. Other media reports have given different versions of Osmanov’s name.