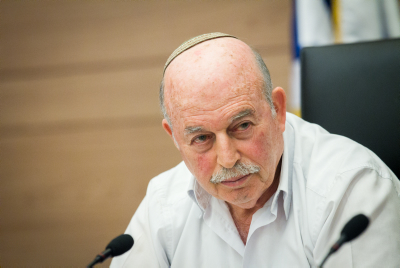 The Knesset Constitution Committee will delay hearings scheduled for Monday on a law to eject Knesset members who are accused of incitement against Israeli values or the IDF. The discussion was postponed as a “gesture” to Arab MKs, who are taking the day off.

Arab MKs, against whom the law is likely to be used, had demanded the postponement, because they plan to be absent from the plenum due to celebrations of the conclusion of the Ramadan period. According to the Arab MKs, discussing the law without their presence would be an “undemocratic” action. MK Nissan Slomiansky (Jewish Home), chairman of the Committee, had been set to promote the discussion Monday, but apparently changed his mind.

The law could be used against MKs like Hanin Zoabi, well known for her negative comments about the state and the army. In a speech last Wednesday that got her ejected from the plenum, Hanin called IDF soldiers “murderers,” and demanded that the Israeli government apologize to the “political activists” aboard the Mavi Marmara, including herself. At least 60 complaints on the comments have been filed by MKs with the Knesset Ethics Committee, Yisrael Hayom reported.

Zoabi on Thursday defended the harsh comments she made about IDF soldiers involved in the 2010 flotilla incident. In an interview on Army Radio, Zoabi said that by agreeing to pay compensation, Israel had admitted that it was responsible for “murder. I apparently do not have the right to express a political opinion, which was why I was booted out of the Knesset,” she said. “You signed the deal and I call this an admission of guilt of murder. Some were murdered on the flotilla, others were murdered in Gaza, babies were murdered. In the summer of 2014, 500 babies were killed in Gaza. Is there any news here?”