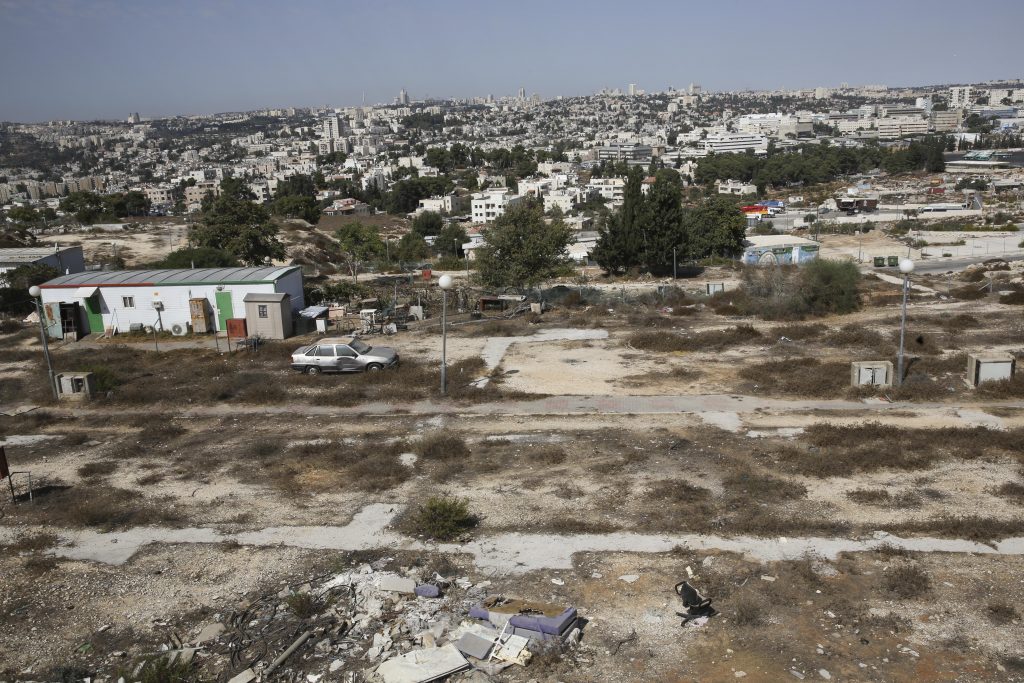 MKs on the right, including in the Likud, slammed the building plans announced by Prime Minister Binyamin Netanyahu’s office Sunday night. While they welcomed the announcement that 800 new housing units would be built in the Yerushalayim neighborhoods of Ramot, Gilo and Har Homa, as well as in Maale Adumim and Kiryat Arba, they were less enthusiastic at the announcement that at the same time some 600 new homes would be built in the Arab neighborhood of Beit Safafa.

Minister for Yerushalayim and Israeli Heritage, Ze’ev Elkin, a Likud MK, said in a statement that while it was one thing to provide assistance to Israeli Arabs, doing so in Yerushalayim was something else entirely. “If we want to ensure a Jewish majority in Israel’s capital, this is not the way to do this. The homes are actually going to be built on land that was set to be part of the Givat Hamatos neighborhood, with construction for Jewish residents. If we are building homes for Arabs in Givat Hamatos, we must build homes for Jews there as well.”

The move is seen as at least a partial response to the terror attacks of recent days. Of the total, 560 homes will be built in Maale Adumim, 240 in Ramot, and several dozen in Gilo and Kiyat Arba each. Speaking at Sunday’s Cabinet meeting, Netanyahu said that “we will make special efforts to strengthen the Jewish areas, and we will develop special plans for Kiryat Arba. I am instructing the ministers in all offices to quickly and efficiently execute their parts of the plan in order to enhance Jewish towns in Yehudah and Shomron.”

The construction in the Arab neighborhood of Beit Safafa, on the border of the Jewish neighborhood of Givat Hamatos, is considered particularly sensitive; according to senior political officials, Israel has faced harsh international pressure not to build homes for Jews in the neighborhood as it would cut off expansion of Beit Safafa and make division of the city in a future agreement almost impossible. MK Betzalel Smotrich (Jewish Home) said in a statement that “construction for Arabs alone is very difficult to accept. The ‘sweetening’ of this bitter pill by authorizing construction in Yerushalayim and Maale Adumim is extremely cynical, to say the least.”

In a statement, Smotrich, along with Likud MK Yoav Kish, insisted that the construction was not enough. “What is needed is massive construction throughout Yehudah and Shomron, as well as imposition of Israeli sovereignty. This is not only our right, but our obligation….

“I urge the Prime Minister to authorize construction in Givat Hamatos immediately, where some 2,000 new homes are needed,” said Elkin. “Givat Hamatos is an important strategic asset for the development of Jerusalem, very much like Har Choma was. Netanyahu made history by establishing Har Choma, and I call on him to do the same immediately regarding Givat Hamatos.”

Yerushalayim Mayor Nir Barkat was generally in favor of the plans, but said that “we should be expanding construction in the city not just after terror attacks. We cannot stop building in Yerushalayim for any reason. We must move ahead with actual construction and not just stop at issuing permits.”

MK Eitan Broshi (Zionist Camp) dismissed both parts of the plan. “Anyone who knows the process of the granting of permits to build in Yehudah and Shomron knows that the approval process must go through many stages, and could take years. The public should view these declarations as nothing more than announcements to impress Likud voters,” he said.