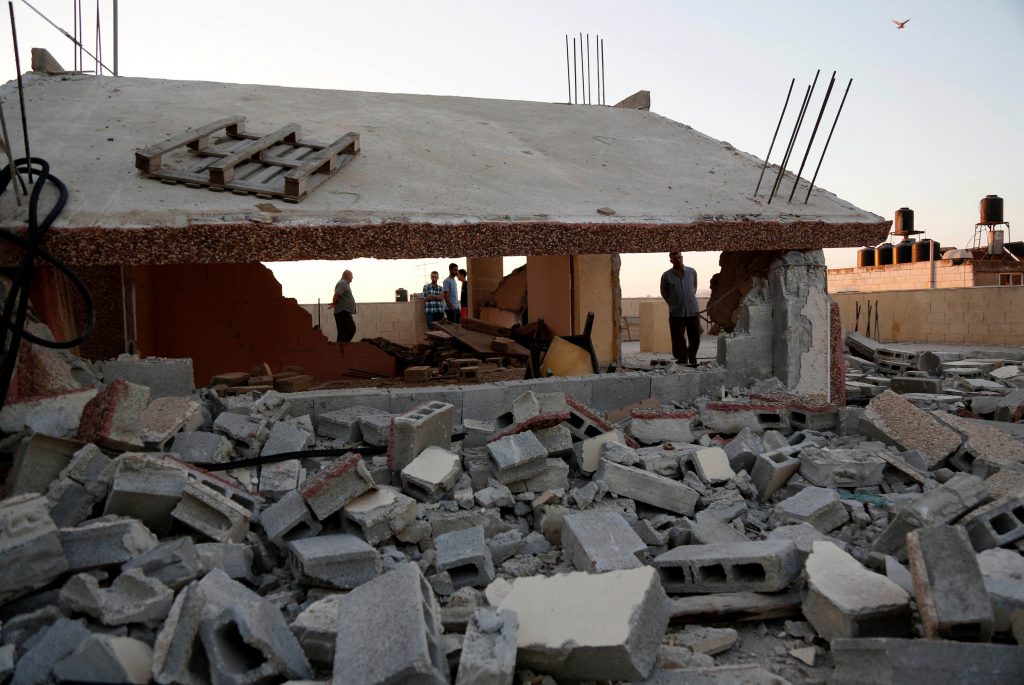 IDF soldiers demolished overnight Sunday the homes of the families of Issa Yassin Yussuf and Anan Mohnammed Saleh Hamad, two terrorists from Kalandiya who were responsible for the murder of two Israelis in a terror stabbing attack in December outside the Jaffa Gate in the Old City of Yerushalayim.

Rav Biermacher, originally from Argentina, was a rebbi in Yeshiva Aish HaTorah’s Spanish program. Police said that Rav Biermacher had been stabbed 23 times.

On Monday morning, security forces arrested two Arabs who were found to be carrying large amounts of ammunition and firecrackers. The materials were found when the car was pulled over for a security check. The three passengers, residents of an Arab neighborhood of Yerushalayim, were taken into custody.