National FOCUS: The Secret Files From the 9/11 Investigation
National 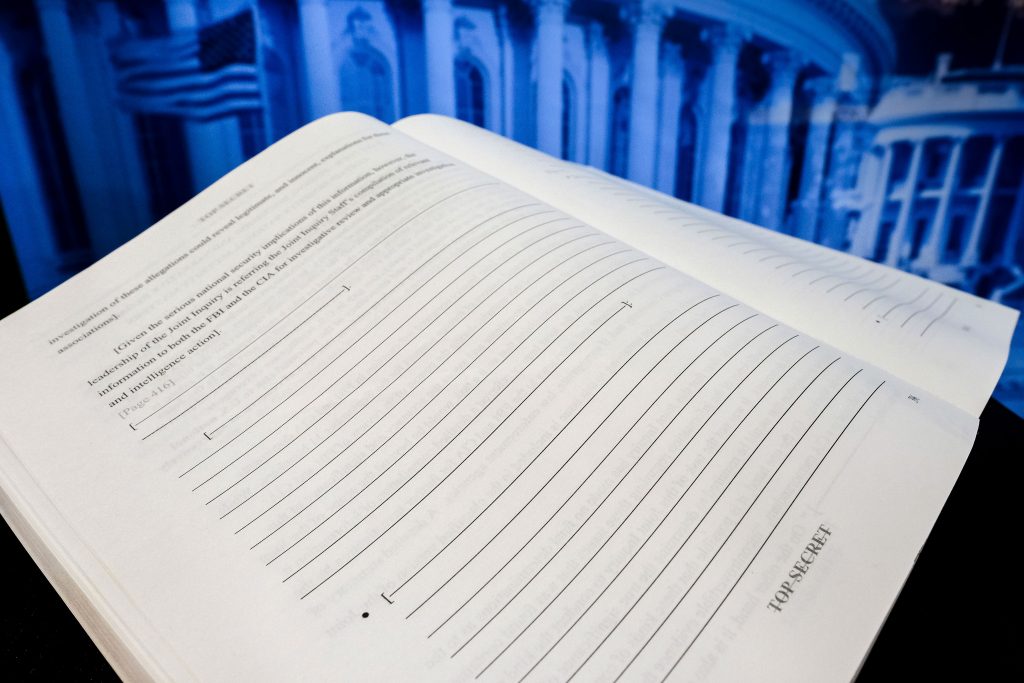 White House and intelligence officials are deciding whether to declassify 28 pages of a congressional investigation into the Sept. 11 attacks. The still-secret chapter could answer or raise new questions about possible Saudi links to the attackers.

The documents, kept in a secure room in the basement of the U.S. Capitol, contain information about possible sources of foreign support for some of the hijackers while they were in the United States.

Former Sen. Bob Graham, D-FL, cochairman of the joint congressional inquiry, has said the pages “point a very strong finger at Saudi Arabia as being the principal financier.”

Saudi officials say there’s nothing to the allegations. Relatives of the 9/11 victims say Saudi Arabia’s relationship to al-Qaida has never been fully investigated by anyone — before or since the attacks.

A look at the varying viewpoints about possible Saudi links to 9/11 and the missing 28 pages:

The commission, led by former Gov. Tom Kean, R-NJ, and former Rep. Lee Hamilton, D-IN, was created partly to continue the work done by the bipartisan congressional inquiry, whose report — minus the 28 pages— came out in December 2002.

“The 28 pages were based almost entirely on raw, unvetted material that came to the FBI,” Kean and Hamilton said this year. “The material was then written up in FBI files as possible leads for further investigation. … The congressional panel never had a chance to check out any of these leads.”

They said the commission and its staff spent 18 months investigating “all the leads contained in the 28 pages, and many more.” The 567-page report was released in July 2004.

The commission report stated that it found “no evidence that the Saudi government as an institution or senior Saudi officials individually funded” al-Qaida. “This conclusion does not exclude the likelihood that charities with significant Saudi government sponsorship diverted funds to al-Qaida.”

Some critics of the commission’s work don’t think the commission ran down every Saudi lead and say various agencies obstructed its work. Kean and Hamilton complained that various government agencies withheld relevant information.

What Does the CIA Say?

CIA Director John Brennan says the 28 pages contain preliminary information about possible Saudi links to the attackers that, at the time, had not been corroborated or checked out. He said the commission looked “very thoroughly” into allegations of Saudi government involvement and concluded that there was no evidence to indicate that the Saudi government as an institution or Saudi senior officials individually had supported the Sept. 11 attacks.

A CIA inspector general report in June 2015 also said there had been no reliable information confirming Saudi government “involvement with and financial support for terrorism prior to 9/11.” But it also said that people in the CIA’s Near East Division and Counterterrorism Center “speculated that dissident sympathizers within the government may have aided al-Qaida.”

What Do the Saudis Say?

Saudi Arabia’s Foreign Minister Adel al-Jubeir said in Washington: “I believe that if people looked at the 28 pages and looked at the results of the investigations (into the attacks), they will come to the conclusion that these allegations are unsubstantiated, unproven and nobody should make a big deal out of them.”

He noted that in 2002, Saudi Arabia called for the release of the 28 pages so the government can respond to any allegations and punish any Saudis who may have been involved in the attacks. “We cannot … respond to blank pages,” he said.

What Does the FBI Say?

In 2015 Congress created the 9/11 Review Commission to look at evidence gathered in recent years. This commission interviewed key FBI personnel to identify any new information that had surfaced about 9/11.

“What needs to be understood by anyone who looks at just these facts surrounding the Saudi connection to the 9/11 attacks and the USS Cole bombing is that the Saudis and their relationship to bin Laden and al-Qaida have never been fully investigated — by anyone — either before or after 9/11,” Kristen Breitweiser, a 9/11 widow and activist, wrote in a recent column.

The Cole, a Navy destroyer, was bombed in 2000 while in a Yemeni port.