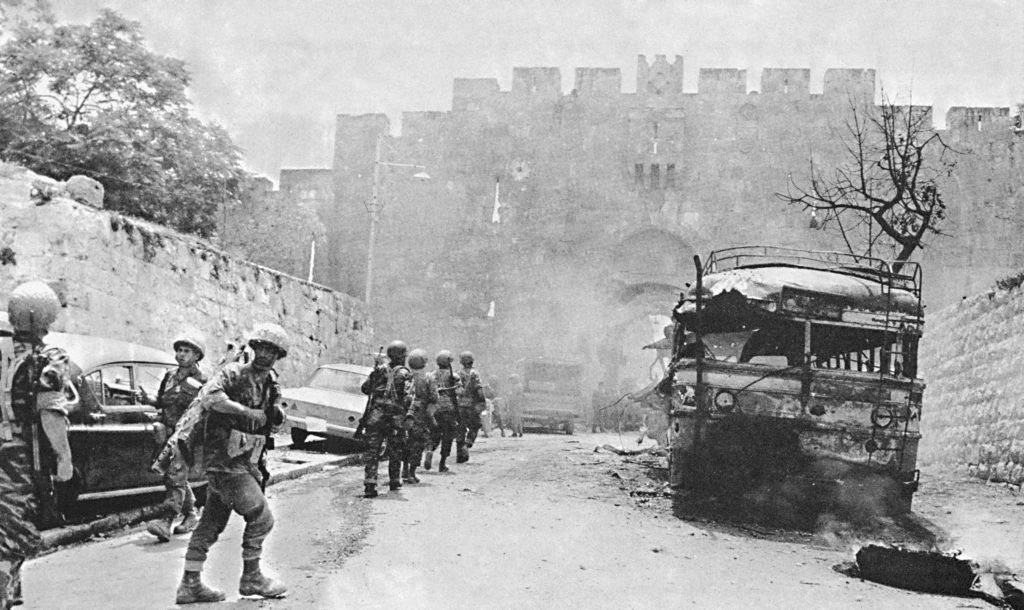 Dayan tried his hardest to prevent the liberation of the Old City in ’67, and Chief of Staff Gur fought against the Entebbe rescue – exactly 40 years ago today.

Two exciting pieces of historical information, from four and five decades ago, respectively, were publicized yesterday for the first time. The older one took place during the Six Day War, and the other took place exactly 40 years ago as the Rabin-Peres government deliberated over the dangerous rescue of the hijacked French plane in Uganda.

The daughter of Moshe Dayan – the man who served as Israel’s Defense Minister during the Six Day War of 1967 – admitted yesterday that her father did all he could to ensure that Israel would not liberate the Old City of Jerusalem. She acknowledged that he voted against the majority of ministers on this issue.

Former MK Yael Dayan said that her father appreciated the Jewish desire to rule over the Old City and the Temple Mount, but felt that Israel must not do so. He advised King Hussein not to enter the war, but the king did not listen – and the rest is history.

Another revelation from yesterday concerns Israel’s dramatic rescue in 1976 of 100 Israeli hostages held in Uganda, governed then by dictator Idi Amin. Recordings released by the Defense Ministry of post-Entebbe summations indicate that then-Chief of Staff Mota Gur objected very strongly to the operation. He felt that chances for the plan’s successful execution were slim at best. His main concern, it has now been learned, was that the planes sent on the 4,000-kilometer mission would simply not be able to make a night landing in the airport there, thus jeopardizing the entire rescue of the 104 hostages.

In the event, however, then-Prime Minister Yitzchak Rabin and Defense Minister Shimon Peres, with the support of top IDF brass, decided optimistically to opt for the rescue option, leaving Gur in the minority.

The tapes were released in honor of the 40th anniversary of the Entebbe rescue, which took place on the same day that the U.S. celebrated its bicentennial – July 4, 1976. The recordings show that before it was decided to fly the planes to the Entebbe airport, preliminary plans had been drawn up to fly parachutists to nearby Lake Victoria and have them make their way to the airport and the hostages.

However, it was abruptly learned that the lake was teeming with hungry crocodiles. The plan was immediately shelved…