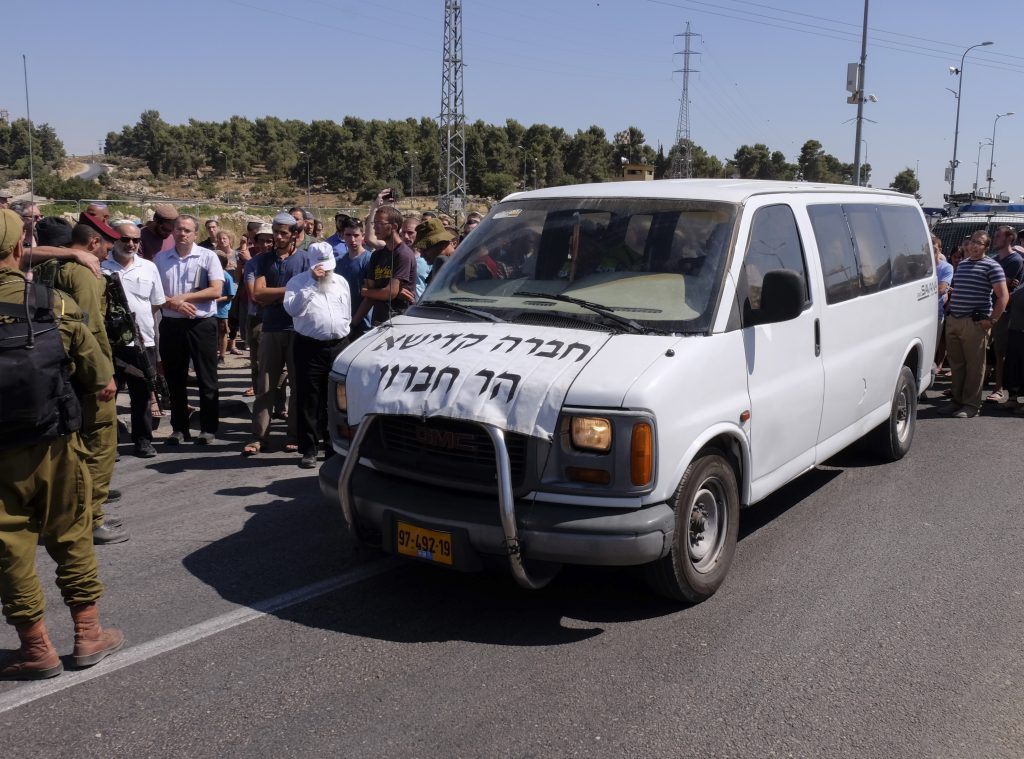 Mrs. Chava Mark, the wife of Rabbi Michael Mark, Hy”d, who was badly injured in Friday’s terror attack on Road 60, regained consciousness Sunday afternoon, as her husband was being laid to rest. She was still in serious condition, officials at the Hadasah Ein Kerem hospital said. Her condition is, b’chasdei Shamayim, stable and she is breathing on her own.

Meanwhile, the security steps that the IDF implemented in the Chevron Hills area were still in effect – but Jewish residents of the area said Sunday that the entrance to a number of villages appeared to be open and that residents could arrive and leave freely. The residents were demanding that the IDF enforce the decisions that had been made by the government at its meeting Motzoei Shabbos, where several decisions were made to enhance security for Jewish residents of the area.