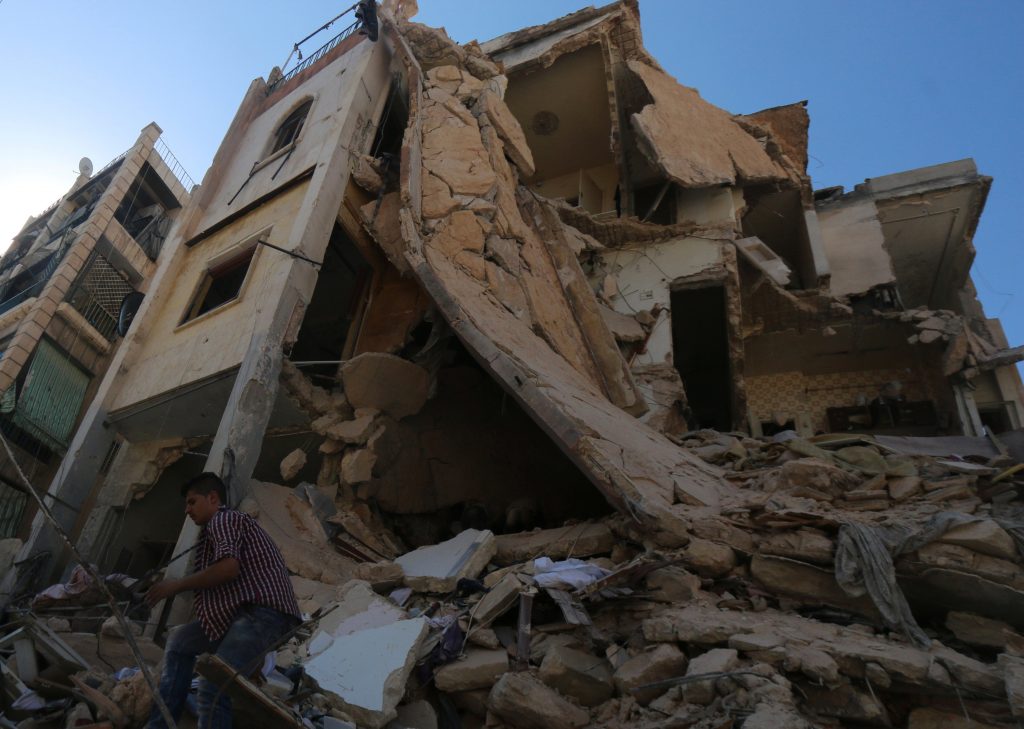 Syria’s al-Qaida-linked Nusra Front has abducted the commander of the Western-backed Jaish al-Tahrir brigade, along with several of his aides and scores of fighters in coordinated raids in northern Syria, Jaish al Tahrir said on Sunday.

Jaish al Tahrir was set up in February as part of an effort to forge unity among moderate rebels in the Free Syrian Army (FSA) alliance at a time when a major Islamic State advance threatened their main stronghold near the Turkish border.

The powerful Islamist Nusra Front is ideologically opposed to the more moderate FSA rebels and their Western supporters, but occasionally fights alongside them against Islamist State.

Jaish al Tahrir, which has 4,000 well trained fighters, said their leader Mohammad al Ghabi and a number of his aides were taken in a house raid in Kfr Nubl in Idlib province Saturday night.

“They were injured and kidnapped and taken to an unknown location,” Jaish al Tahrir said in a statement.

Nusra Front fighters stormed several locations in coordinated raids and set up checkpoints to arrest around 40 terrorists, the group said.

The Nusra Front has previously targeted rebel groups supported by the West, leading to the dissolution of the Syria Revolutionaries Front and the Hazzm movement last year.

In March, the al-Qaida offshoot seized the bases and weapons of the 13th Division rebel group, one of the factions that has received foreign military aid, capturing U.S.-made anti-tank missiles.

Jaish al Tahrir called on Syria’s main rebel groups al Ahrar al Sham and others to put pressure on Nusra to release their leader and prevent an escalation in tensions.

They also said they wanted a judicial court that would arbitrate their differences. Nusra Front has accused leaders of Jaish al Tahrir of participating in a U.S.-led program to train and equip Syrian insurgents to fight Islamic State. Nusra Front regards the United States as an enemy.

Jaish al Tahrir called on restraint by its fighters on their main fronts in northern Syria near the Turkish border where they are battling Islamic State terrorists and fighting the Syrian government army and allied Iranian-backed militias in Aleppo countryside and Latakia province.