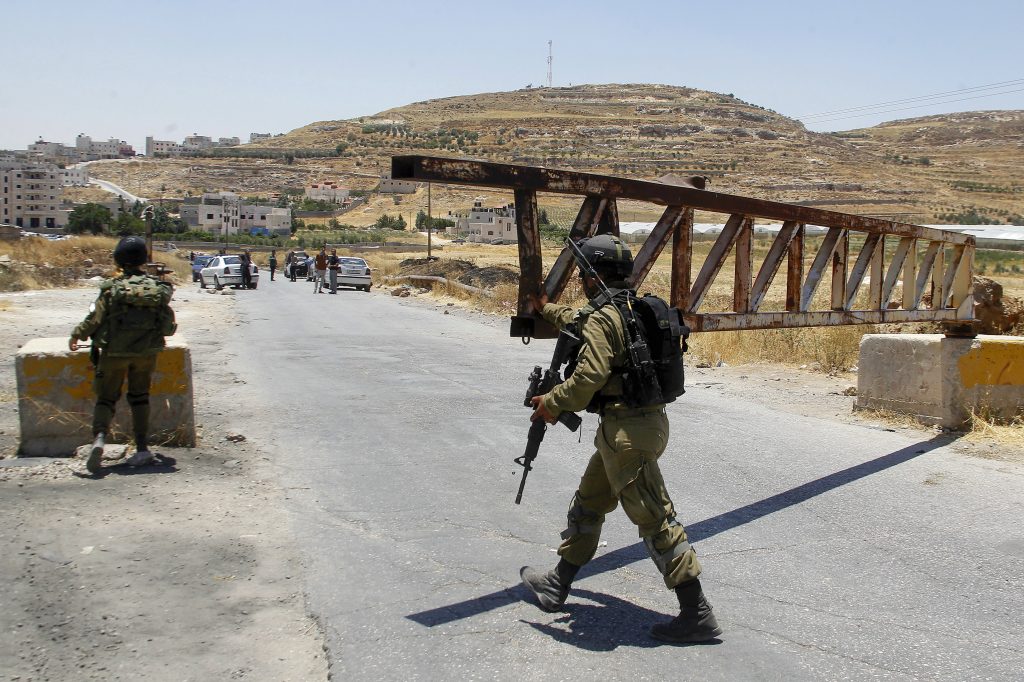 Large numbers of IDF and other security personnel continued Sunday in their wide-ranging pursuit of the Palestinian terrorist cell that murdered Rabbi Michael Mark, Hy”d, on Friday, and gravely wounded his wife. Two of their ten children were also hurt in the attack.

The IDF expanded its encirclement of villages in the Chevron District, as well as of its intelligence operations. The operative assumption is that the murderers are hiding out in one of the local villages. Clearly, the army wants and needs to find them quickly, before they either escape or carry out another attack.

As of Sunday, the number of PA Arabs under a travel ban in Chevron and the surrounding areas has reached 700,000. Army bulldozers are continually blocking up access roads that connect Arab villages to the main roads traversed by Jews.

Maj.-Gen. Yoav Mordechai, the Coordinator of Government Activities in Yehudah and Shomron, took the unusual step of banning the governor of Chevron, Kamel Ahmed Hassan Hamid, from entering sovereign Israeli territory. Hamid aroused Mordechai’s ire by demonstratively visiting the family of the terrorist who murdered 13-year-old Hallel Yaffa Ariel last Thursday, as she slept in her bed.

Gen. Mordechai explained that “it is clear that support for terrorism or terrorists can be expressed in various ways, including by visiting and consoling families of terrorists” – precisely as Hamid did. “We had hoped very much that the Palestinian leadership would take action to promote calm and restraint, but, unfortunately, it did the opposite. Israel will not agree to assist supporters of terrorism in any way. It has therefore been decided to ban the Governor of Chevron from entering the area of [pre-’67] Israel.”