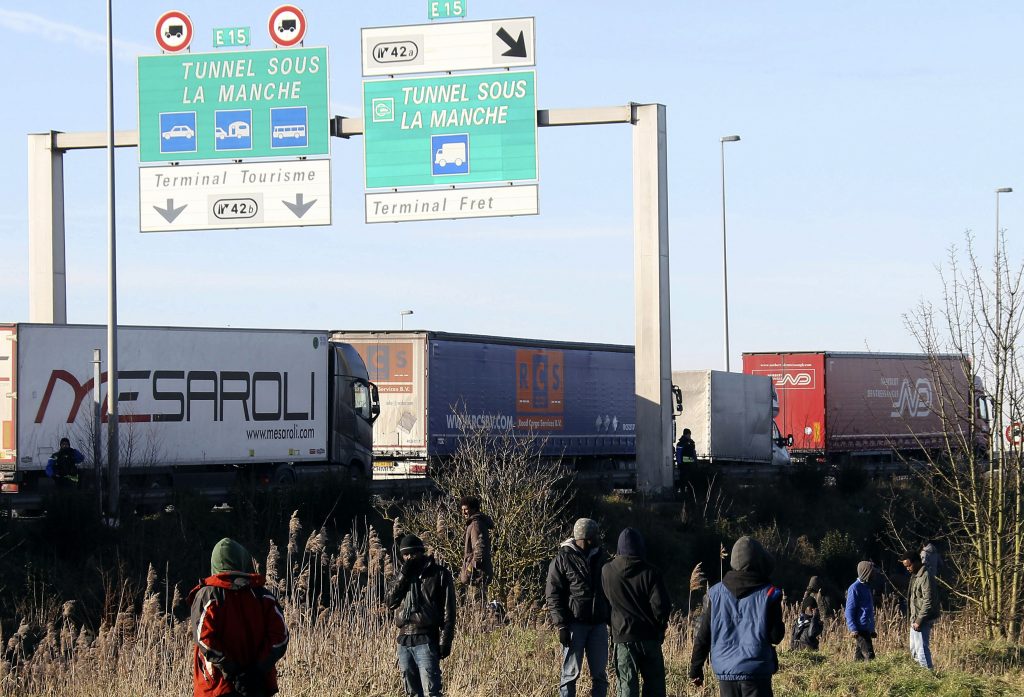 Concern about immigration and a wish for stricter border controls were important factors in Britain’s vote to leave the European Union last week.

But the mayor of Calais in northern France hopes the neighbor’s decision to quit the bloc can have a reverse effect and eventually help unravel a deal that has kept migrants attempting to reach Britain trapped on the French side of the English Channel.

The French-British bilateral Touquet Treaty was signed in 2003 with the aim to stop migrants from crossing the channel. It effectively moved Britain’s southern border to northern France, allowing British police, customs officials and their sniffer dogs to operate around Calais.

Bilateral deals aren’t legally affected by a British exit from the EU and French leaders haven’t shown any appetite to undo the Touquet Treaty for now, but Calais Mayor Natacha Bouchart hopes they can use the June 23 referendum result to gradually start chipping away at the deal and squeeze more concessions out of Britain in its hour of vulnerability.

Because of the agreement, Calais’ economy and image have suffered, Bouchart says.

A fortress-like defense system has been mounted against the thousands of migrants, from Syria, Iraq, Afghanistan, Eritrea and elsewhere, living in dire conditions in a Calais slum camp and nearby towns as they try to hop into freight trucks headed to Britain, via the Channel Tunnel or the huge ferry port. High barbed wire fences stretch along the urban landscape, trees and bushes have been razed to eliminate hiding spots and flashing police lights illuminate the night sky.

“We can’t take it anymore. We don’t want it anymore. We’re sick of it,” Bouchart said Wednesday after she and other regional officials met with Interior Minister Bernard Cazeneuve to discuss the next steps after Britain’s EU vote.

Cazeneuve noted that chucking the treaty would require a two-year notice and would further worsen the humanitarian situation in Calais. He said it would encourage smugglers attracted by easier passage across the channel, risk an increase in deaths of migrants trying to cross and add an extra burden on the hundreds of French police posted around Calais.

However, he suggested the referendum result could help France put more pressure on Britain to help out.

“We’ve already increased cooperation in a tough dialogue, and the choice of the British on June 23 must make us become still tougher,” Cazeneuve said without elaborating. He said he was seeking a meeting this fall to discuss the issue with regional officials and his British counterpart Theresa May — a contender to become new prime minister after David Cameron’s resignation.

Britain has never been part of Europe’s travel-free Schengen zone, and has tried to protect its borders from illegal immigration via other EU states. Amid an exceptional migrant influx since 2014, France pressured Britain into pumping more than 100 million euros ($111 million) into helping secure Calais and house some migrants.

Numerous adjustments have been made to the Touquet Treaty, and France may now push for more.

“We want some arm-wrestling around a table with the new British government” that will replace Cameron’s team in the fall, said Calais mayor Bouchart, who is also vice president of the northern region. She wants “to clarify the Touquet accords … We want at least fairness, sharing, a refugee camp opened in Britain. We want the British government to assume its responsibility.”

President Francois Hollande has said it “makes no sense” to put the agreement in doubt under the pretext that Britain has voted to leave the EU, instead suggesting finding ways to “improve the situation.”

But even if Hollande’s government doesn’t pull out of the border treaty, an eventual successor could.

The Socialist is in political difficulty ahead of presidential elections next year, and some leading conservative candidates are already complaining about France’s role as a depot for migrants. Popular far-right candidate Marine Le Pen is actively campaigning to leave the EU, the euro currency and the borderless Schengen zone.

One potential conservative candidate, former Prime Minister Alain Juppe, said last week it’s “obviously necessary” to reconsider the treaty. “It was true before Brexit,” he said on BFM. “It is even truer today.”

Fear alone should be enough to prompt the French state to rethink the Touquet Treaty, suggested Xavier Bertrand, conservative president of the northern region.

Small militia-like groups have already attacked migrants in recent months, and “we don’t want one day to have clashes between Calaisians and migrants,” he said. “It’s that we want to avoid.”