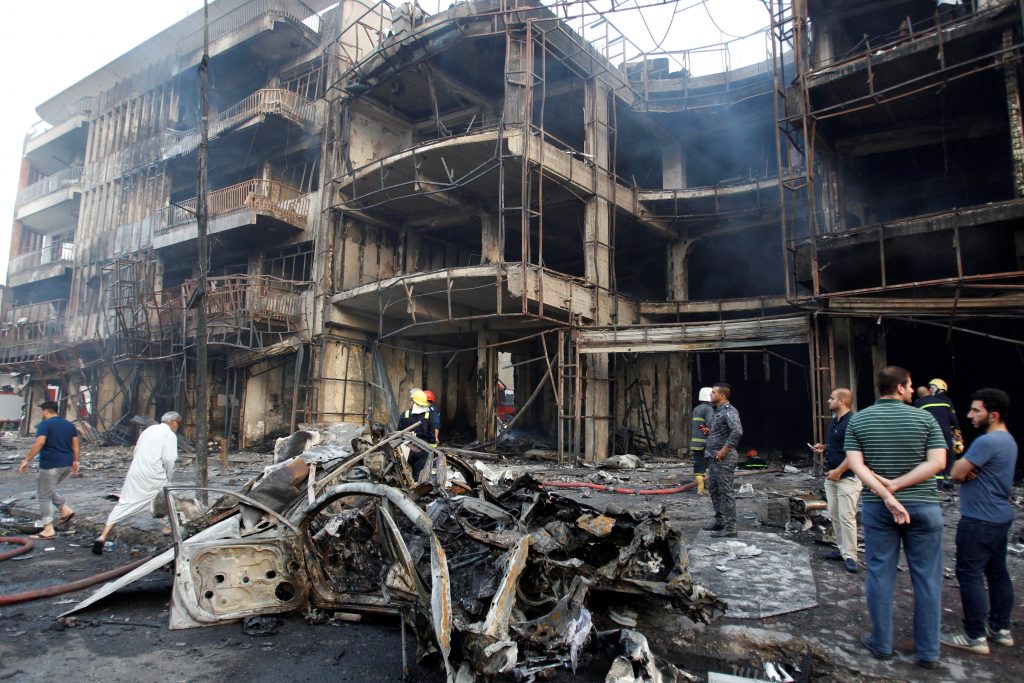 More than 100 people were killed and nearly 200 injured in two bombings in Baghdad on Sunday, including a large-scale attack claimed by the Islamic State terror group that was the deadliest attack in the Iraqi capital this year.

The bombings demonstrated the terrorists’ ability to mount significant attacks despite major battlefield losses, including the city of Fallujah, which was declared “fully liberated” from IS just over a week ago.

The deadliest attack took place in the central Karada district of Baghdad, where a suicide bomber blew up his explosives-laded pickup truck outside a crowded shopping center, killing at least 115 people – including at least 15 children – and wounding 187 others, according to hospital and police officials. Nearly a dozen people remain unaccounted for and feared dead.

The suicide bomber struck shortly after midnight, when families and young people were out on the streets after breaking their daylight fast for the month of Ramadan. Most of the victims were inside a multi-story shopping and amusement mall, where dozens burned to death or suffocated, officials said.

Within hours, IS claimed responsibility for the bombing in a statement posted online, saying they had deliberately targeted Shiite Muslims. The Associated Press could not verify the authenticity of the statement, but it was posted on a site commonly used by the terrorists.

In the second attack, an improvised explosive device went off in Baghdad’s northern Shaab area, killing five people and wounding 16, another police officer said. No group claimed responsibility for the attack, but it bore the hallmarks of IS terrorists who often target commercial districts and Shiite areas.