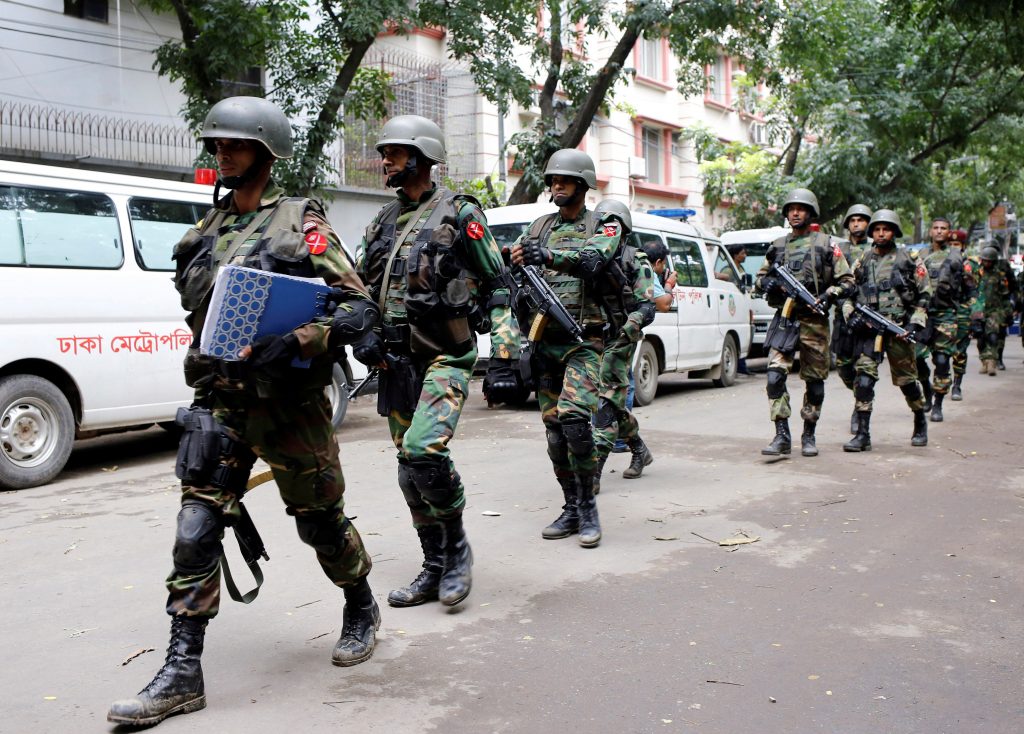 Security officials were searching Sunday for clues and criminal masterminds who might have set in motion the bloody hostage crisis that left 22 citizens dead, including 20 of the hostages, in the diplomatic zone of the Bangladeshi capital.

Police were blocking all access to streets near the Holey Artisan Bakery in Dhaka’s Gulshan, where heavily armed terrorists holed up overnight Friday, torturing and killing some of their captives, including nine Italians, seven Japanese, three Bangladeshis and one Indian teenager.

Many details of the attack remain unclear a day after commandos stormed the restaurant and rescued 13 people. But police released photographs of five terrorists, along with their first names: Akash, Badhon, Bikash, Don and Ripon.

Their families hadn’t heard anything from them in months, according to police.

“They are all Bangladeshis. They are from rich families, they have a good educational background,” Bangladesh’s Home Minister Asaduzzaman Khan said.

He identified them as being part of the banned domestic group Jumatul Mujahedeen Bangladesh, or JMB. He once again refuted the possibility that the Islamic State terror group could have been behind the attack despite the group claiming responsibility on Saturday and releasing horrifying photographs of what unfolded overnight Friday.

The government insists the Sunni Muslim terror group has no presence in the country, and in the past has suggested that any claims of responsibility for violence waged in the South Asian country are simply opportunistic attempts at grabbing global attention.

Prime Minister Sheikh Hasina instead blames her political opponents of trying to create chaos in the country by backing domestic terrorists in waging a bloody crime spree that, until this weekend, has been mostly carried out by young machete-wielding men targeting individuals they say are traitors to extremist Islam. Victims have included foreign aid workers and religious minorities.

The attack on Friday night, however, stunned the nation. This time, the terrorists were well prepared and heavily armed with guns, bombs and sharp objects that police later said were used to torture some of the 35 hostages who were trapped inside.