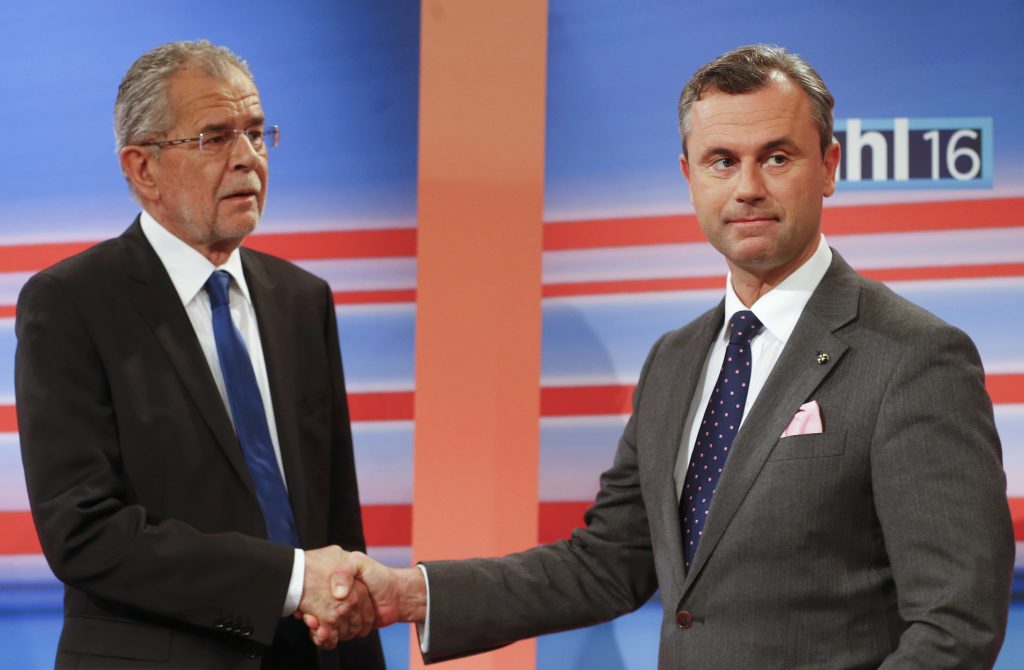 In a move that could turn into the next blow to the EU after Britain’s exit vote, Austria’s highest court on Friday ordered a rerun of the country’s presidential election. The landmark decision gives a right-wing candidate the chance to turn his narrow defeat into victory.

Unprecedented in Austria’s post-war history, the court ruling also appeared to be unique within the European Union and is looming large in the wake of Britain’s vote to leave the 28-nation bloc.

The decision, announced by Constitutional Court chief judge Gerhart Holzinger, represents a victory for the right-wing Freedom Party, which had challenged the May 22 runoff on claims of widespread irregularities. It comes just a week before independent politician Alexander Van der Bellen was to be sworn in as president and 40 days after he was declared the winner of the vote.

But it also has wider implications.

With Britain’s impending departure from the EU, a chance by Freedom Party candidate Norbert Hofer to turn his loss into a win would boost not only his party but also far-right and nationalist movements elsewhere in Europe which are all lobbying for a weaker EU or an outright exit from the bloc.

Those parties had hailed Hofer’s strong showing in May as proof of a surge in anti-EU sentiment. Several wasted no time in responding to Friday’s court decision.

“After the happy victory of Brexit in Britain … Austria also has a chance to find the path to freedom and national pride,” she said in a statement. “France’s turn will be next!”

“Let’s hope the winds of European freedom and normality arrive here as well,” Salvini said in a social media post.

Austrian referendums are decided by parliament and not by the president, and are restricted to only a few issues, with an EU exit not among them. Still, a win by Hofer could increase pressure for a popular vote on that topic.

Interviewed after last week’s exit vote in Britain, Hofer said he could see the need for such a referendum in Austria within a year if the EU “develops into a centralistic union instead of returning to the original basic values.”

Founded by former members of the Nazi party, the Freedom Party has sought over the past few decades to shed its far-right image and appeal to the political middle but still counts the far-right fringe among its supporters.

Hofer was leading after the polls closed in May, but final results after a count of absentee ballots put Van der Bellen ahead by only a little more than 30,000 votes. The final count gave Van der Bellen 50.3 percent of the vote, compared with 49.7 percent for Hofer.

The Freedom Party insisted the law had been contravened in one way or another in most of the 117 electoral districts.

The court ruled broadly with Freedom Party claims that absentee ballots were sorted before electoral commission officials arrived; that some officials stayed away during absentee vote counts but signed documents saying they were present; and that some ballot envelopes were opened without authorization.

Holzinger also spoke of the possibility of individuals voting twice and of potential violations by the Interior Ministry, which released partial results under a publishing embargo to media, pollsters and other institutions.

The judge said the court had no other choice but to call for a rerun, noting that the irregularities potentially affected nearly 78,000 votes — more than twice the margin separating the two candidates.

He acknowledged that opting for a new vote instead of a recount represented a “rigorous measure.” But he said this was necessary “in the interest of the legality of the elections, which represent one of the foundations of the state … in a democratic republic.”

He emphasized that the irregularities did not point to willful cheating, saying testimony from witnesses led to no indication of any “manipulation” of the results.

Holzinger also said the investigation suggested that previous Austrian national elections also were beset by similar problems that had remained hidden until now.

Government officials also sought to cast the decision not as a failure but a victory for strong democratic institutions, including one tongue-in-cheek comment.

“Sometimes, a revote is not the worst thing in the world. If someone in the U.K. needs the phone number of our Supreme Court: +43-1-531220,” wrote Martin Weiss, Austria’s ambassador to Israel.

But Freedom Party leader Heinz-Christian Strache suggested that the count was marred not by “sloppiness but massive legal irregularities.”

“Because of these illegalities, anything could have happened,” he told reporters.

Parliament now has to decide on a rerun date, expected in September or October. Until then, Austria’s presidency will be run jointly by the three parliamentary presidents — one of whom is Hofer — once Heinz Fischer, the current president, steps down next week.

Austria’s flawed election has increased mistrust in the Interior Ministry and other government institutions and that, said political scientist Kathrin Stainer-Haemmerle, “is a sentiment which first and foremost benefits” Hofer.

Hofer and the other copresidents from the governing center-left coalition said they would restrict themselves to the essentials and avoid high-profile representational functions during their interim terms. Hofer personally promised to avoid any effort to exploit his position.

“I will prove that I will act in a nonpartisan way,” he said.