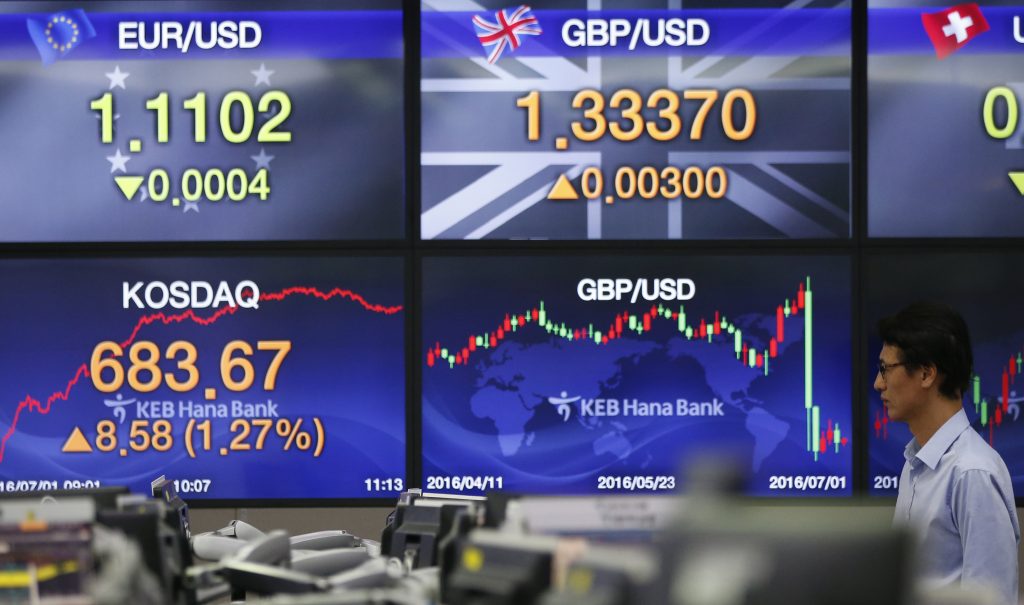 Asian stocks rose on Friday and European markets were expected to follow as investors continued to recover from last week’s Brexit shock, but the pound came under fresh pressure after the Bank of England’s governor hinted at an interest rate cut ahead.

MSCI’s broadest index of Asia-Pacific shares outside Japan rose 0.5 percent. The index has recovered nearly all the losses suffered last Friday when global markets plunged in response to Britain’s decision to leave the European Union. It has gained 3.6 percent since Friday’s close on a combination of short-covering and relief that Brexit has not sparked contagion in the global financial system like that which engulfed markets during the 2008/09 crisis.

Japan’s Nikkei closed 0.7 percent higher after the yen surrendered more of the territory gained during the flight to safety seen earlier in the week. It gained 4.9 percent for the week, its biggest weekly increase since mid-April.

South Korea’s KOSPI ended the day up 0.9 percent, rising 3.2 percent for the week.

“The week ahead will no doubt see bouts of Brexit-related nervousness but it may continue to settle down in the absence of any new developments in Europe.”

Chinese shares wobbled after official surveys on Friday showed that growth in the manufacturing sector stalled, while activity in the services sector accelerated. The CSI 300 index and the Shanghai Composite were on track for weekly gains of 2.6 percent and 2.9 percent, respectively.

The Dow Jones industrial average climbed 1.3 percent on Thursday, posting its third straight day of gains and erasing a bulk of its losses after Brexit.

Some of the overnight gains on Wall Street were attributed to hopes for more monetary easing after BOE Governor Mark Carney said on Thursday the central bank would probably need to pump more stimulus into Britain’s economy over the summer in wake of the Brexit shock.

A number of Asian central banks, including those in Japan, China and Australia, are also expected to ease policy further later this year, while a number of Asian governments have ramped up fiscal stimulus or are drawing up economic support packages.

Carney’s comments forced the pound to head south on Thursday and cut short the currency’s recovery from a 31-year low plumbed on Monday.

“Carney has always been nervous about how Brexit would impact the U.K. economy and now that it is a reality, he is preparing for the worst, agrees with the doom and gloom scenario and wants to assure the market that the BoE will be proactive,” wrote Kathy Lien, managing director of FX strategy at BK Asset Management.

Sterling’s slide added mild pressure on the euro, which slipped 0.2 percent to $1.1079 extending an overnight slide from $1.1155, it highest in six days. It’s poised to end the week 0.3 percent lower.

The dollar pulled back against the safe-haven yen, but retained most of this week’s gains. The greenback, which fell to 99.00 yen in the initial phases of the Brexit shock, was last trading at 102.81 yen, on track for a gain of 0.7 percent for the week.

In commodities, crude oil advanced on expectations of rate cuts and a better demand-supply balance.

But in a sign that risk appetite remains tentative, the safe-haven gold advanced 0.9 percent to $1,333.70 an ounce, set to end the week 1.4 percent higher, its fifth consecutive weekly gain.

Silver touched a 22-month high earlier in the session, and was last trading 3.2 percent higher at $19.2850 an ounce, heading for a gain of 8.8 percent for the week.