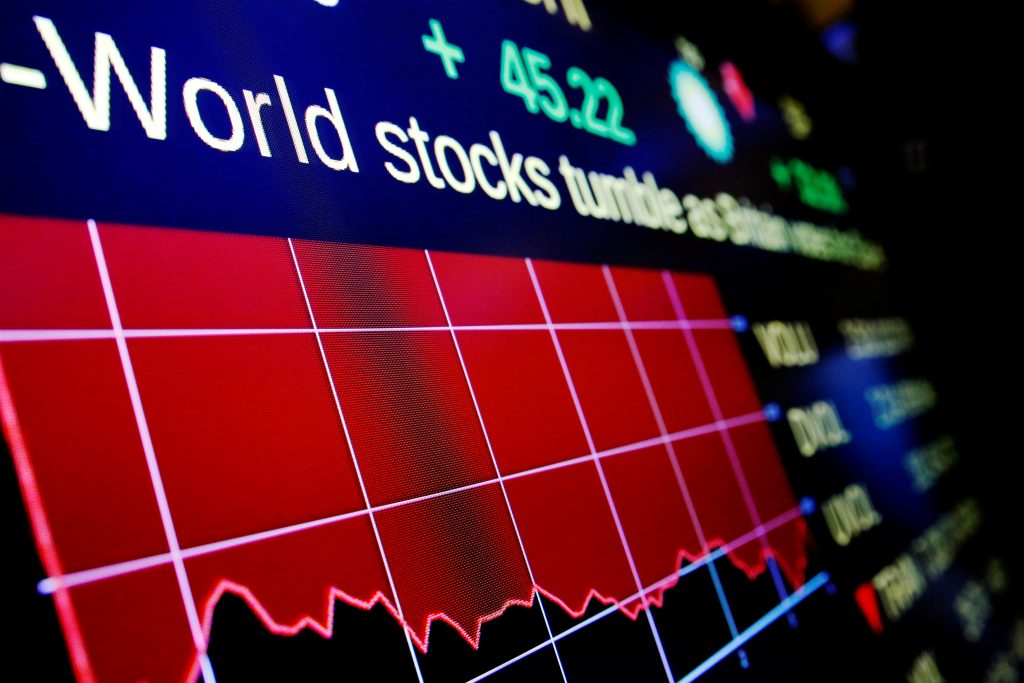 European stocks and the the pound held on to a third day of gains as the immediate market flurry over Britain’s vote to pull out of the European Union settled.

The rebound was not enough, however, to offset the sharp losses suffered in the aftermath of last week’s vote which have put global stocks on track for their worst monthly performance since January.

Renewed concerns over global growth and oversupply have also forced oil prices onto the back foot again.

Wall Street shares were expected to open up 0.2 percent, following the lead from European and Asian markets.

The MSCI All-Country World index was up 0.3 percent, but is set to end the month down 1.6 percent, its worst month since a troubled start to the year. It will also be the first time since 2011 that global stocks will have fallen for two successive quarters.

Worries that a weaker Chinese yuan could spark deflation, seen as a key reason for the worst beginning to the year for global stocks, were reignited on Thursday after Reuters reported that China’s central bank was willing to let the currency fall further.

“Since the beginning of the year investors have faced a series of macro changes to the investment landscape,” said Sean Darby, chief global equity strategist at Jefferies, adding that Britain’s decision to leave the European Union last week was only the most recent shock to investor confidence.

The two-day selloff in the aftermath of last week’s vote wiped more than $3 trillion off the value of global stocks. They have recovered about half of that over the past three sessions.

“No doubt global growth will take a short-term hit, but it is not going to result in a credit crisis,” said Darby.

Bond markets see Brexit as another significant blow to the world economy with German and Japanese benchmark 10-year government debt yields both falling to historic lows below zero over the past week.

Ultra-low bond yields have brightened the appeal for equities, and demand for dividend-yielding stocks in defensive sectors such as health care and food and beverage has risen sharply.

The U.K.’s FTSE 100, dominated by oil producers that pay out generous dividends and global health care and consumer stocks such as AstraZeneca and Unilever, is back above levels before last week’s vote.

The more domestically focused U.K. midcaps extended its recovery though it remained more than 7 percent below prereferendum levels, underscoring concerns over the local economy.

Shares of U.K. and European banks, a center of concern since Britain shocked global financial markets on Friday, have been the hardest hit during the recent sell-off and continued to underperform. They remain the worst performing sectors this year in their respective markets with Deutsche Bank hitting another record low after the bank failed a U.S. stress test.

The euro, another casualty in the days after Brexit, fetched $1.1150 after reaching $1.0912 on Friday, its lowest since March.

Crude oil prices retraced some of their gains from Wednesday’s sharp rally as fears over strike outages in Norway abated.

Brent crude fell 0.9 percent to $50.18 a barrel after jumping more than 4 percent overnight, thanks to a larger-than-expected drawdown in U.S. crude inventories.

Oil has mostly recovered what it lost after the Brexit shock. For the quarter, Brent has risen 26 percent on hopes that declining production in some countries would ease a global glut.