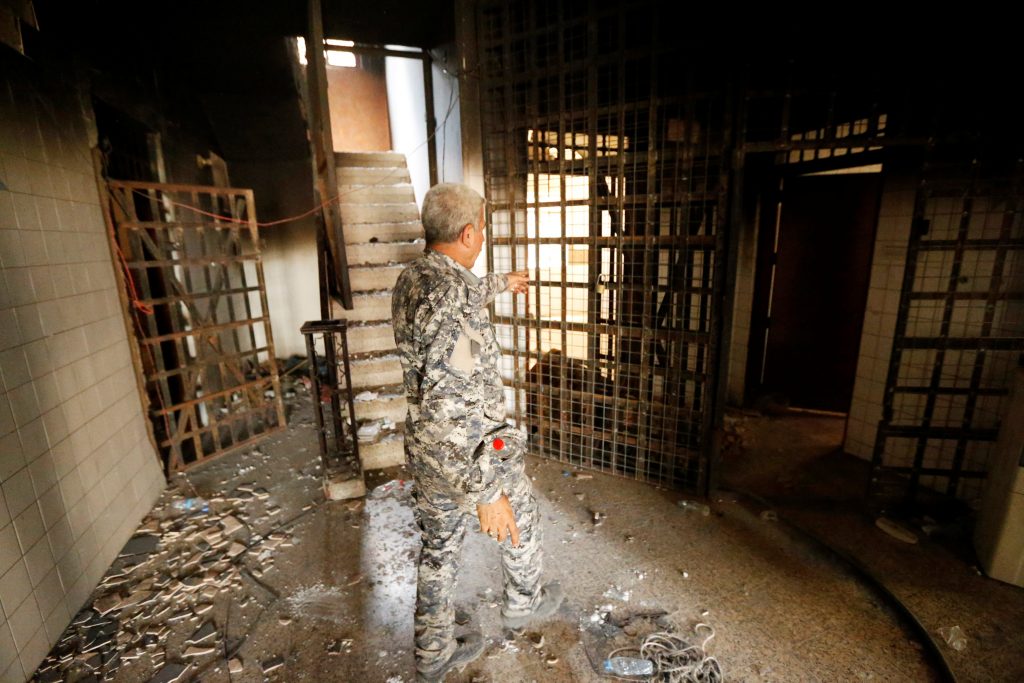 U.S.-led coalition aircraft waged a series of deadly strikes against the Islamic State group around the city of Fallujah on Wednesday, U.S. officials told Reuters, with one citing a preliminary estimate of at least 250 suspected terrorists killed and at least 40 vehicles destroyed.

If the figures are confirmed, the strikes would be among the most deadly ever against the terror group. The officials spoke on condition of anonymity to describe the operation and noted preliminary estimates can change.

The strikes, which the officials said took place south of the city, where civilians have also been displaced, are just the latest battlefield setback suffered by Islamic State in its self-proclaimed “caliphate” of Iraq and Syria.

The group’s territorial losses are not diminishing concerns about its intent and ability to strike abroad, though. Turkey pointed the finger at Islamic State on Wednesday for a triple suicide bombing and gun attack that killed 41 people at Istanbul’s main airport.

CIA chief John Brennan told a forum in Washington that the attack bore the hallmarks of Islamic State “depravity” and acknowledged there was a long road ahead battling the group, particularly its ability to incite attacks.

“We’ve made, I think, some significant progress, along with our coalition partners, in Syria and Iraq, where most of the ISIS members are resident right now,” Brennan said.

“But ISIS’s ability to continue to propagate its narrative, as well as to incite and carry out these attacks – I think we still have a ways to go before we’re able to say that we have made some significant progress against them.”

On the battlefield, the U.S.-led campaign against Islamic State has moved up a notch in recent weeks, with the government declaring victory over Islamic State in Fallujah.

An alliance of militias have also launched a major offensive against the terror group in the city of Manbij in northern Syria.

Still, in a reminder of the back-and-forth nature of the war, U.S.-backed Syrian rebels were pushed back from the outskirts of an Islamic State-held town on the border with Iraq and a nearby air base on Wednesday after the jihadists mounted a counterattack, two rebel sources said.