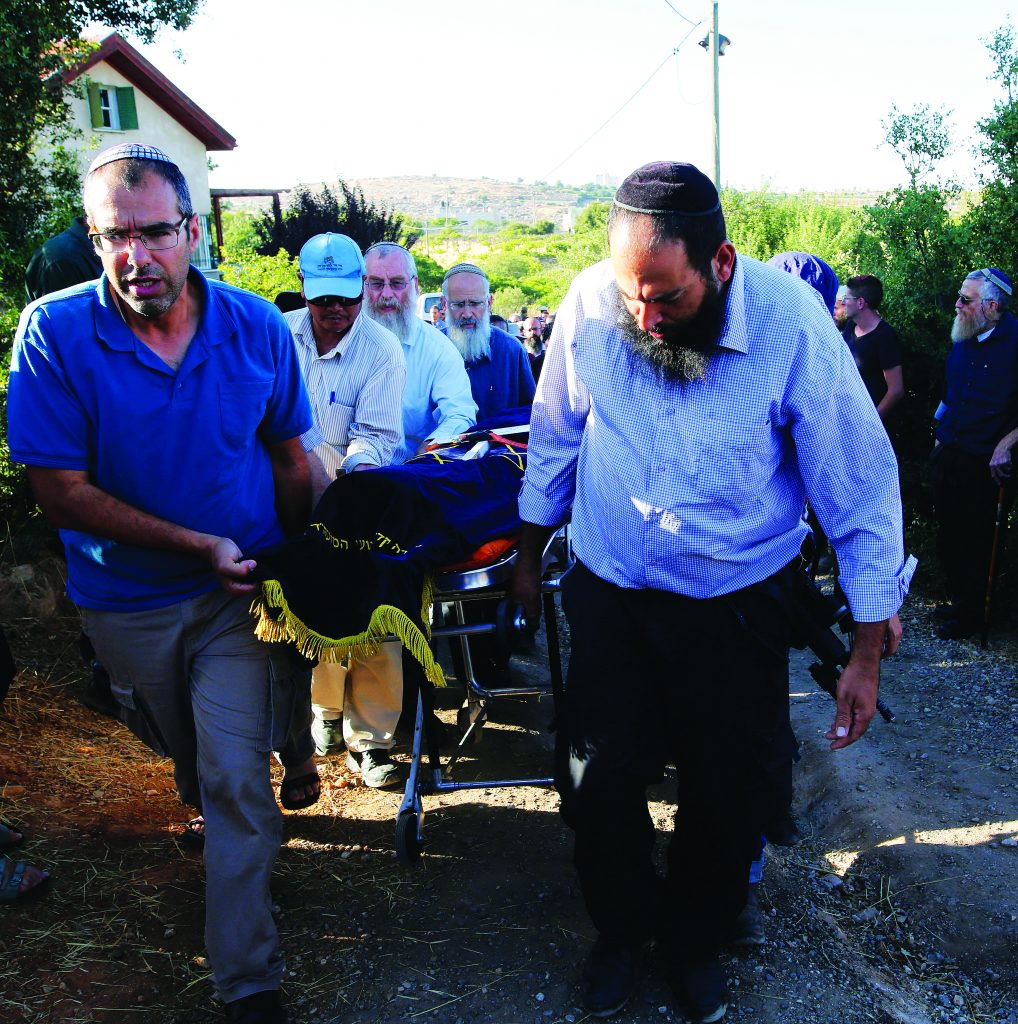 Thousands of people took part in the levayah for Hallel Yaffa Ariel, Hy”d, in Kiryat Arba as the nation and Jews the world over looked on in shock and horror on Thursday.

In an impassioned hesped, her weeping mother Rena Ariel addressed the mother of her daughter’s murderer:

“I am standing here with a heart filled with pain and I am turning to you, the Arab mother, the Muslim who sent your son out to stab,” she said, as she raised her arm and pointed her finger in the air. “I raised my daughter with love, but you and the Arab Muslim educators, you taught him to hate. Go, put your house in order,” she cried, shaking with anger and grief.

“I am giving you one last hug,” her mother said at the levayah, which was held a short distance from their home in Kiryat Arba where a Palestinian terrorist broke in and killed the 13-year-old girl, an American citizen, as she slept in her bed on Thursday morning.

“You were a ray of light in my life. You were the one who turned me into a mother.”

To Hashem, she said, “You gave me a gift and now I am returning it to You … Make room for her, so she can dance,” Rena said of her daughter, who was studying dance.

Earlier in the day, Hallel’s father Amichai recalled: “Hallel loved living here, loved the place … It’s terrible, just think about it: A little girl who did nothing.”

Her father was part of the local security team, which responded to the emergency call at his own home. According to Eyal Golman, the security coordinator for Kiryat Arba, her father was present when they found his daughter, slain in her bed.