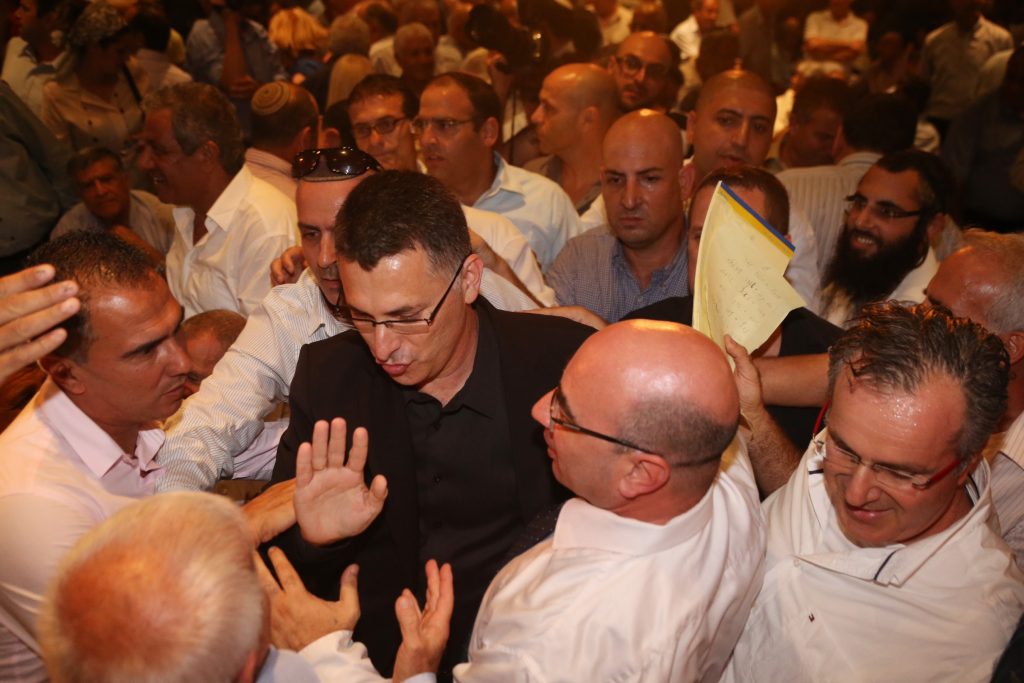 The ongoing search for a successor to Israeli Prime Minister Binyamin Netanyahu continued on Thursday as a new poll showed former interior minister Gideon Saar as the most likely candidate.

The Panels Research poll taken this week for the Knesset Channel found that Saar was favored by 23 percent of the 500 respondents to lead a challenge to Netanyahu in the next election. Yair Lapid and Moshe Yaalon each got 18 percent, while 24 percent said none of them, and 17 percent had no opinion.

The poll also indicated that a party led by Saar and Lapid would win 26 seats, compared to 25 for Netanyahu’s Likud. If Saar, Lapid, and Yaalon would run on a single slate, the party would win 30 seats compared to 24 for Likud, according to the poll data.

If the parties would run as they are constituted now, the Likud would win 26 seats and Yesh Atid 20.

It shows the four-time prime minister telling an interviewer in 1997, during his first term, that “When I was one of the initiators and backers of the Direct Election Law, I asked to add a clause that a prime minister cannot serve more than two terms.” (That law, allowing voters to choose a prime minister on a separate ballot from their Knesset party vote, was repealed in 2001.)

“If you don’t get it done in your first term, you might do what you need in the second term, but you don’t need more than that,” he said. “Get things done, and then go home — in a political sense.”

Since then, he has gone on to serve as prime minister for more than 10 years cumulatively, from 1996 to 1999 and since 2009. If he stays in office until September 23, 2018, he will pass David Ben Gurion to become Israel’s longest-serving head of government.

Zionist Camp MK Merav Michaeli has sponsored a bill limiting a prime minister to two terms. But it hasn’t come to a vote in the Knesset yet.