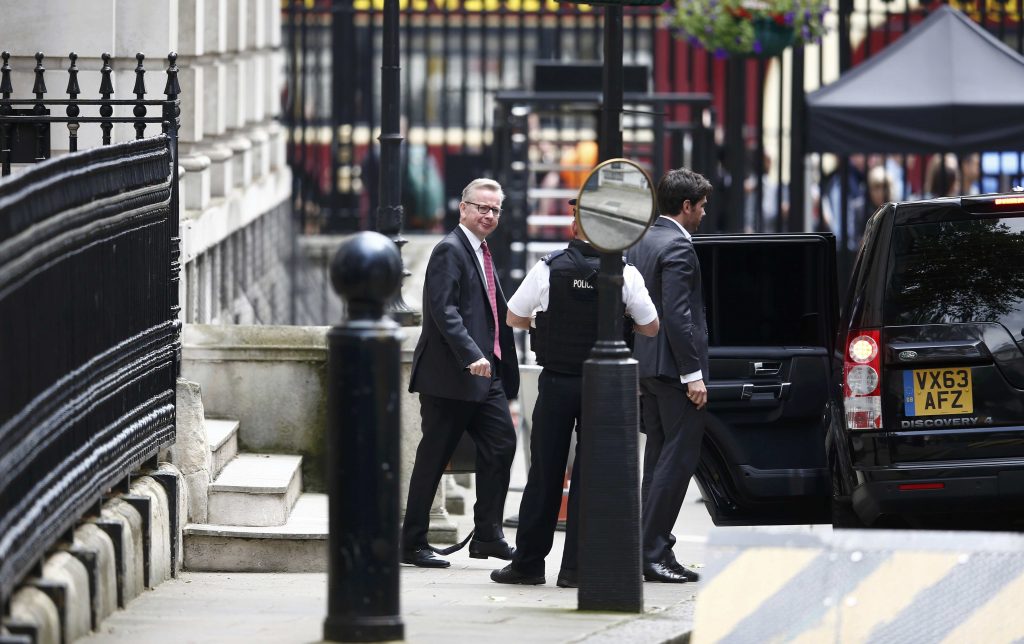 Britain’s two major parties are preparing for messy leadership contests, setting the stage for parallel competitions that will shape the nature of Britain’s exit from the European Union.

On the Conservative side, ex-London Mayor Boris Johnson, Home Secretary Theresa May and Justice Secretary Michael Gove are among those who’ve announced their intention to replace Prime Minister David Cameron, who has pledged to step down. The bookies’ favorite — so far — is May, who is seen by many in the party as a safe pair of hands as the country struggles to disentangle itself from the EU.

“This is not a normal leadership held under normal circumstances,” May said in a speech Thursday in London. “The result means we face a period of uncertainty we need to address head-on.”

Although May had offered a tepid endorsement of Britain’s place in the European Union, she was clear that the referendum vote would be respected.

“Brexit means Brexit,” she said, pledging to create a brand-new government department devoted to negotiating Britain’s “sensible and orderly” departure from the 28-nation bloc. “The United Kingdom will leave the EU,” she said.

She acknowledged that Brexit would be difficult — “nobody should fool themselves that this process will be brief or straightforward” — and said that the U.K. would need a prime minister who is “a tough negotiator.”

Boosting May’s chances was a last-minute falling out between her two leading competitors — Gove and Johnson — who had campaigned together to yank Britain from the EU.

In a statement, Michael Gove said he would pursue the prime minister’s post after concluding that Johnson “cannot provide the leadership or build the team for the task ahead.”

Meanwhile, on the Labour side, Corbyn is expected to face a challenge after losing a lopsided no-confidence vote on Tuesday.

Both parties have been thrown into turmoil following Thursday’s referendum. Nominations for the Conservative Party close at noon on Thursday.