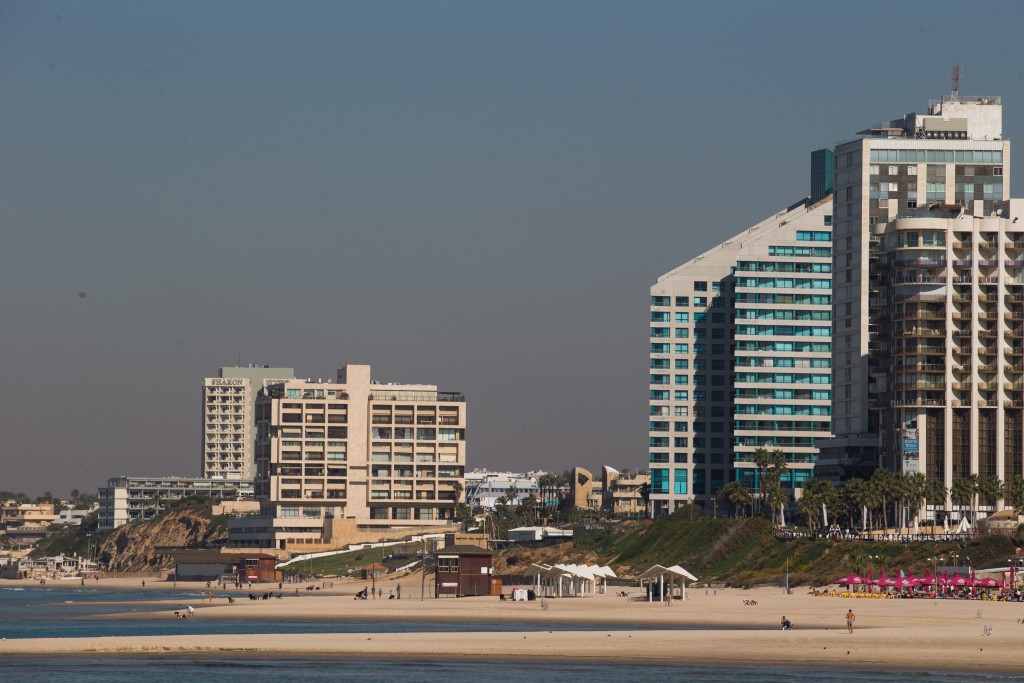 Large numbers of religious residents of Herzliya are set to rally this Shabbos, as the city embarks on its first weekend of city-sponsored bus transportation. The city is set to put into motion its plan to operate its own public transportation system on Shabbos. City-operated buses will ply the main streets, with the route ending at the beach.

In response, rallies are being organized to protest the city’s action. In a joint statement Wednesday, the Rabbanim of the city’s shuls, along with Herzliya Chief Rabbi Harav Yechiel Yaakabovitz, called on community members to unite and make clear how they feel about the new chillul Shabbos in Herzliya.

“Ensuring a major presence at the rally must be a priority for every Jew who is cognizant of the importance of Shabbos,” the letter said. “This is a priority for the entire Jewish people.” The rally is set to begin at the city’s Great Synagogue in the center of town at 2:00 p.m. Shabbos afternoon.

In a letter sent Wednesday to Transport Minister Yisrael Katz, United Torah Judaism MK Rabbi Menachem Eliezer Mozes said that the institution of public transportation on Shabbos “is a terrible breach and a complete destruction of the status quo on religious issues that eveyone has adhered to for years. You must exercise your authority and prevent this program from being carried out.”

Fearing that Herzliya’s actions will set a precedent, chareidi MKs and leaders of United Torah Judaism and Shas – Rabbi Yaakov Litzman, Rabbi Moshe Gafni and Rabbi Aryeh Deri – have banded together to fight the Herzliya program. According to a report in Haaretz, Herzliya is just the start. Tel Aviv, Jerusalem, Ramat Gan and Givatayim are in advanced stages of similar moves, and are about to offer tenders to the operators who will run the city-funded services.

Apparently, the cities have found what they believe to be a legal loophole – so to preserve the sanctity of Shabbos, the three chareidi party leaders are using legal tactics to eliminate the loophole. According to Haaretz, the three sent a letter to Yehuda Zimrat, the legal adviser of the Herzliya Municipality, asking him to clarify on what legal basis the city plans to operate a bus service, as such a service, free or otherwise, requires a license from the Transport Ministry. The letter demands to know if the city has such a license.

Commenting on the matter, Rabbi Litzman said that “we will demand that the government provide support to preserving the status quo and the law. People have to stop regarding the status quo as a recommendation. It needs to be established legally. We are looking at all our legal options and will develop a stance on this as soon as possible.”