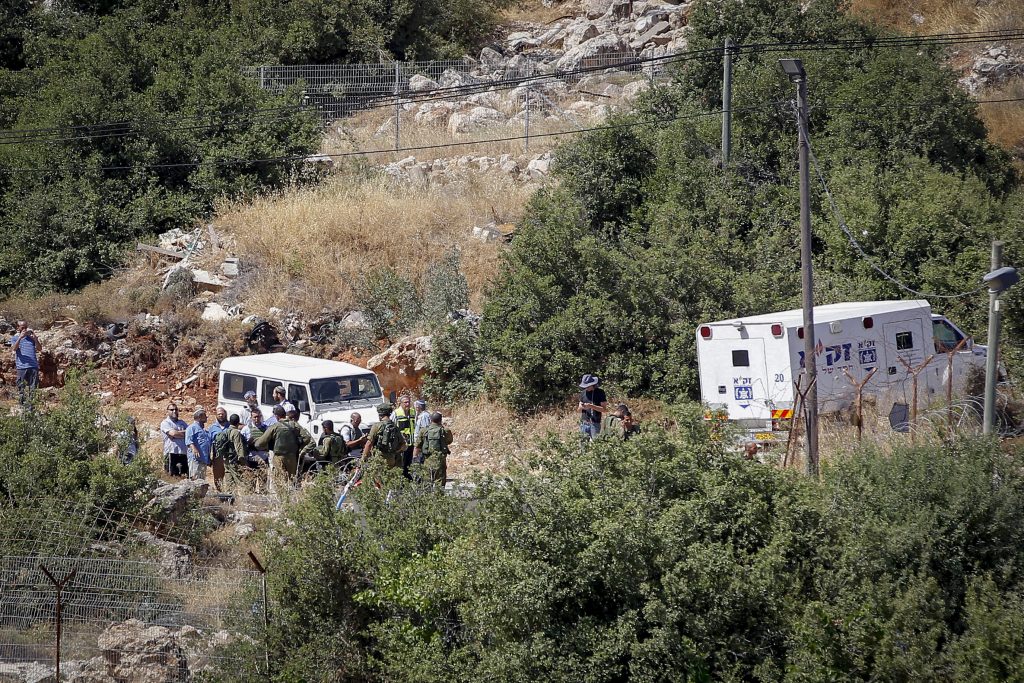 Security officials were investigating the terror attack in Kiryat Arba Thursday morning, as family members prepared for the levayah of Hallel Yafeh Ariel, Hy”d, the 13-year-old girl who was murdered in the terror attack. IDF soldiers, meanwhile, were surrounding the village of Bani Na’im, where 17-year-old Muhammad Tararia, the terrorist, lived.

The levayah will be held at 6:00 p.m. in Kiryat Arba. Among those expected to give hespedim is Agriculture Minister Uri Ariel, a relative of Hallel’s father Amichai. Speaking to Israel Radio, Ariel said that he knew Hallel “as an active, very positive child, full of life, who was murdered by a terrorist in her bed. We as Jews do not take revenge,” said Ariel. “That is for Hashem to do. Our way to avenge her death is to build, plant and rooting ourselves to the land.”

Ariel called on the government to establish a new neighborhood in Kiryat Arba in memory of Hallel. “Terror has now reached my family, but our response must be a national one. We must double our pace of building in Yehudah and Shomron and impose Israeli sovereignty on Area C,” he added.

Prime Minister Binyamin Netanyahu and Defense Minister Avigdor Liberman discussed the attack. In a statement, Netanyahu’s office said that the house of the terrorist’s family would be demolished in the coming days. “The world must condemn this attack, as it condemned the attacks in Orlando and Brussels,” Netanyahu said. “We will not be broken by these attacks.”

According to rescue officials, Tararia entered the town by climbing over a fence. Arriving at a house outside the town’s yeshivah high school, the terrorist entered the house and stabbed the victim, locking the door behind him. Security officers were able to get into the house, and Tararia stabbed one and ran away. After a short chase, Tararia was shot.

Both victims were taken to hospitals in Yerushalayim, with Hallel taken to Shaare Tzedek hospital. Speaking on Israel Radio, a spokesperson for the hospital said that Hallel had already succumbed to her wounds when she was brought to the hospital, due to the “very large number of stab wounds she sustained.”