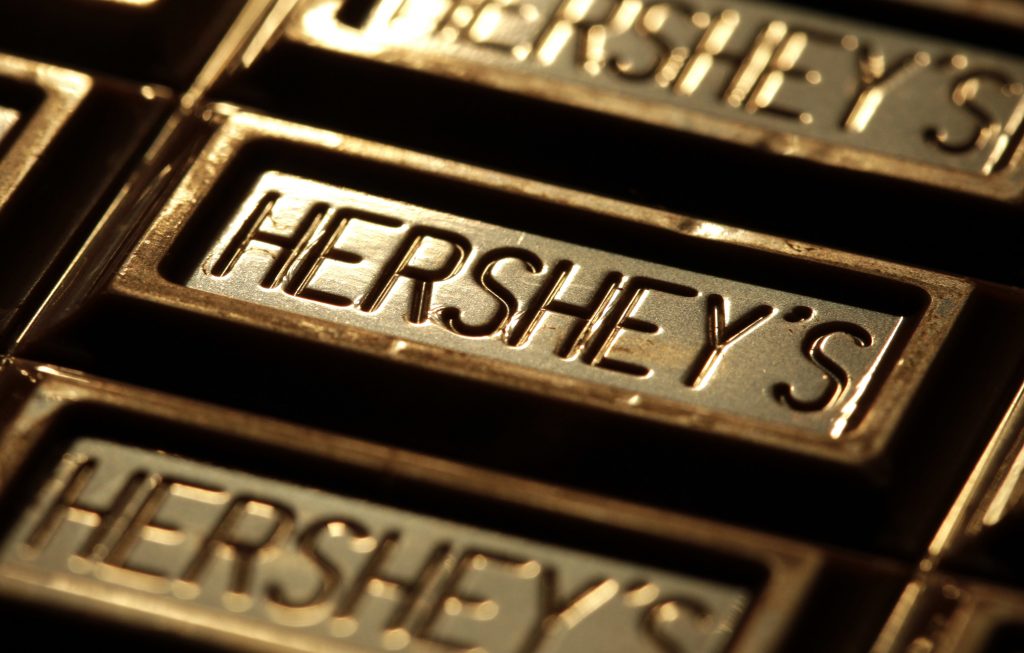 Shares of Hershey are soaring after a report that it could be taken over by Oreo cookie maker Mondelez International.

The Wall Street Journal, citing sources it did not name, reported Thursday that Mondelez recently sent a letter to Hershey proposing the deal. A takeover would bring together two of the world’s largest snack and candy makers. Mondelez said it would locate the headquarters of the combined company in Hershey, Pennsylvania and take on the Hershey name, according to the Journal.