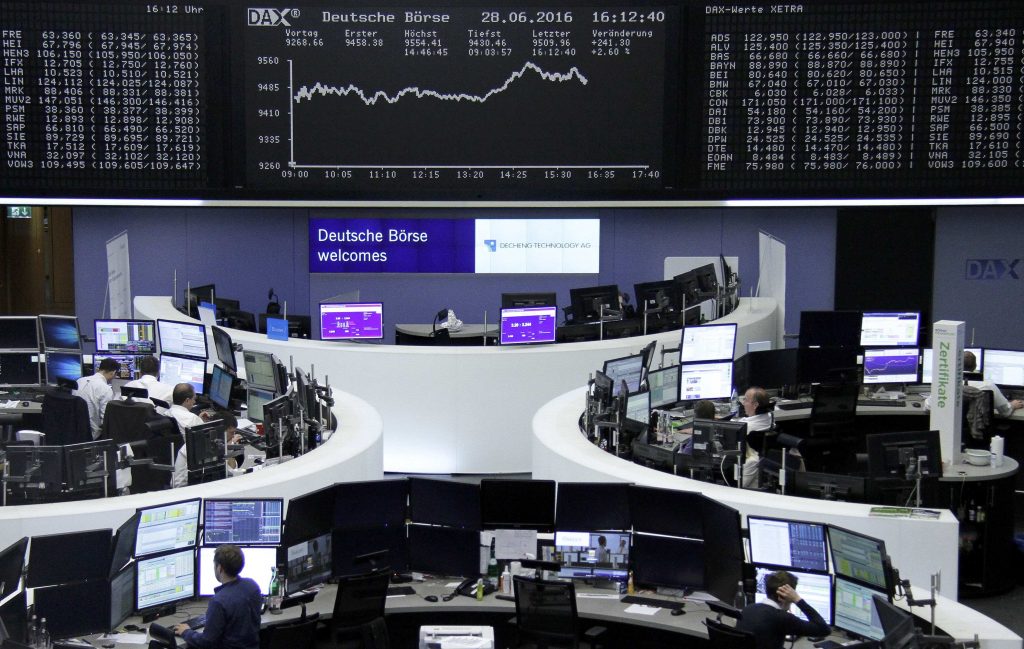 The pan-European STOXX 600 index and the similar FTSEurofirst 300 index both fell by 0.6 percent.

Banking stocks were among the worst performers.

Shares in Deutsche Bank and Santander fell after their U.S. units suffered the ignominy of failing U.S. stress tests yet again this year, while a Morgan Stanley downgrade also hit Royal Bank of Scotland.