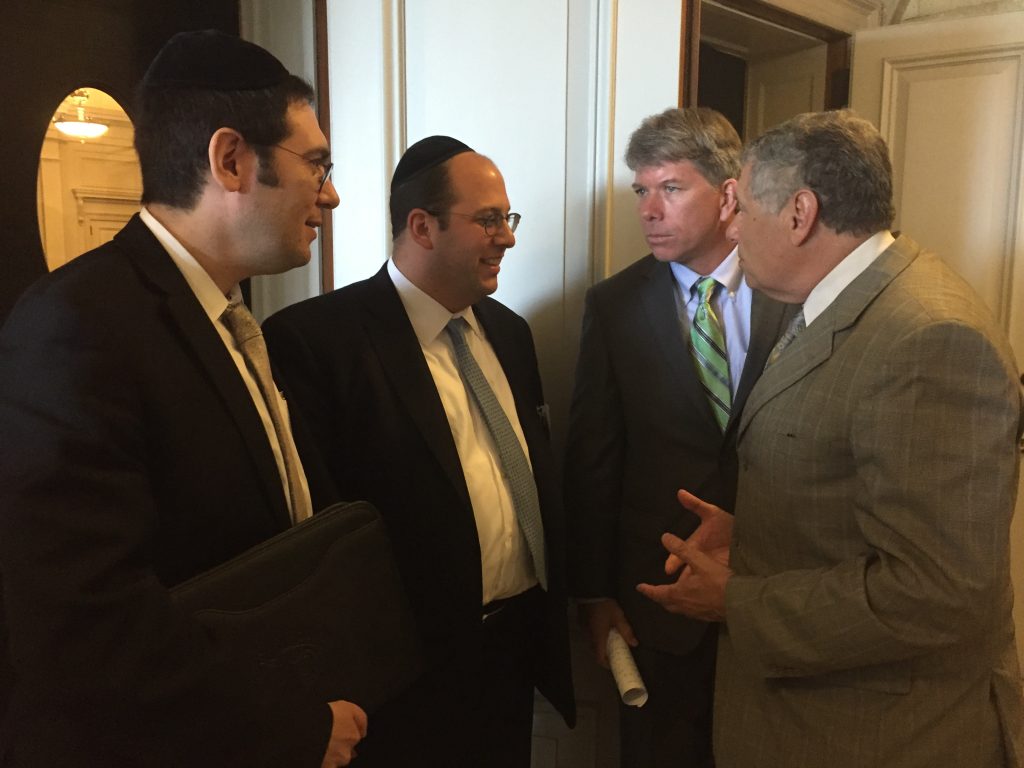 Legislation to save courtesy busing for thousands of Lakewood non-public-school students passed the New Jersey state Assembly on Thursday, in what the Lakewood community is hailing as a victory for all schools, students and parents.

As part of massive budget cuts made several months ago to close a $12 million deficit, non-mandatory busing for children living within 2.5 miles of their schools was totally eliminated for the 2016-2017 school year. However, local officials and activists felt that the cost, safety risks and congestion that would be caused by slashing the service would be too serious for the township to handle.

Therefore, several state legislators representing the Lakewood area sponsored a bill that could serve as an important first step toward solving the district’s perennial problems in funding transportation. The bill uses an option in state budgeting known as “aid in lieu of transportation”: For students who live in locations that do not have bus routes, the Department of Education pays the family $884 in place of providing mandatory busing. The legislation calls for the state to effectively cancel busing for all of Lakewood’s non-public school students and instead pay the “in lieu” sum to a central fund that will be administered by a board under the supervision of the state commissioner.

The board would then be free to negotiate independent contracts with bus companies, and it is estimated that under this plan enough of a surplus will exist to cover courtesy busing as well.

With this solution for the non-public schools in hand, askanim and township officials say they will now be able to finalize a plan to preserve all busing services for the far-smaller public school population as well, a key element of the plan behind such legislation.

On Thursday afternoon, the bill passed the state Assembly with 41 votes – the minimum number needed for passage. Earlier in the week, the legislation passed the state Senate with just one vote to spare. It will now head to the desk of Gov. Chris Christie.

Askanim expressed their appreciation to those legislators who fought for the bill.

“We are so grateful for the herculean efforts that Senate President Sweeney, Senator Singer, Assemblymen Schaer, Kean and Rible invested in this legislation,” said Rabbi Avi Schnall, New Jersey Director of Agudath Israel of America. “Each one played a critical role during this challenging process: It was truly an awe-inspiring experience, and gave us tremendous pride seeing our friends in the legislature working so hard for us.”