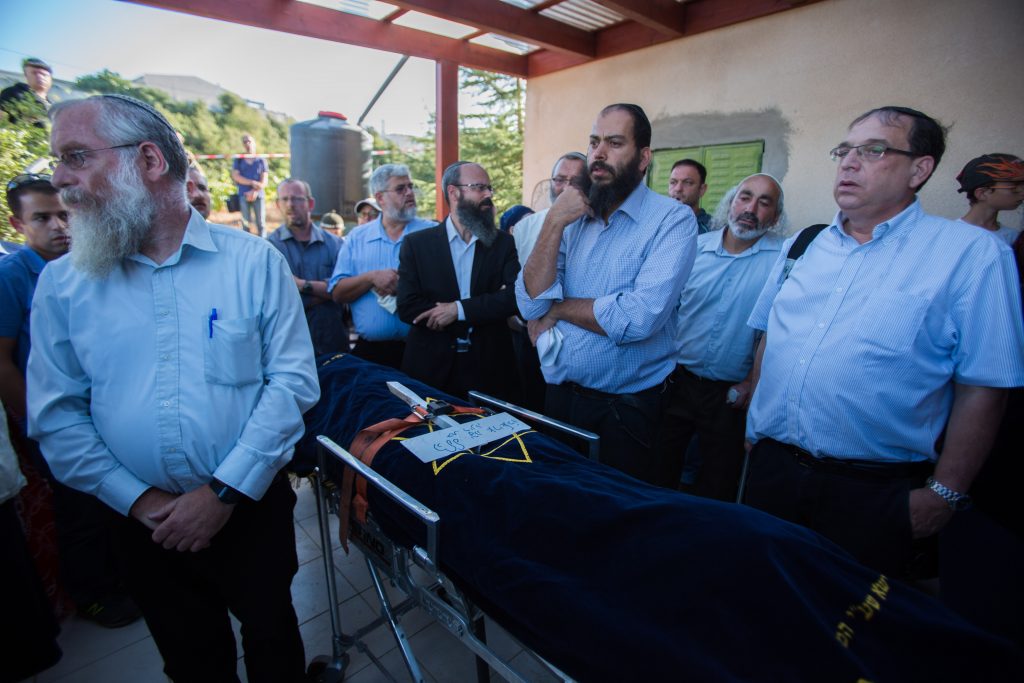 The speech given by the head of the Palestinian Authority accusing rabbis of plotting to poison the wells of the Palestinians was merely the tip of the iceberg of incitement that has emerged in the past few days.

If he felt free to speak in this manner, the clerics in the mosques and the commentators in the Palestinian media understood that they have license to return to the former level of incitement. This is what happened in the last two weeks, and what brought on the latest wave of terror.

Matters reached a new peak in Kiryat Arba on Thursday when a young, propaganda-inflamed Palestinian decided to imitate his friends who had already committed acts of terror in the current wave. And he demonstrated his heroism with the murder of an innocent 13-year-old girl who was sleeping in her bed.

More hishtadlus could have been undertaken to try to prevent this heinous attack. If the Defense Ministry had authorized an additional row of houses at the edge of the Ramat Mamre neighborhood, where the attack occurred, it could have been prevented.

But the Ministry, during the tenure of the previous minister, was in no rush to grant the building permits. As a result, the only thing separating the Ariel family home and the adjacent Palestinian village of Bani Naim is a fence that is not very high and not very strong, which the terrorist easily climbed over.

This heinous crime was the fruit of the Palestinian incitement on the one hand, and the desire of a Palestinian youth to imitate his friends, on the other.

The expectation from the beginning was that the month of Ramadam would bring with it an increase in terror attacks. But the hope was that if the level of incitement would remain relatively low, it would be possible to get through the month with only minor incidents.

This has not been the case, because incitement has reared its ugly head. Thus, a fresh wave of attacks not only in Kiryat Arba but also in Netanya and elsewhere.

Friday is the conclusion of Ramadan. This has historically been a day of rioting and terrorism even before the state was established, and it has continued as a day of violent confrontations over the decades.

It is a day that calls for being on alert, and most crucially, a time for tefillah to the true Shomer Yisrael, for Heavenly protection.