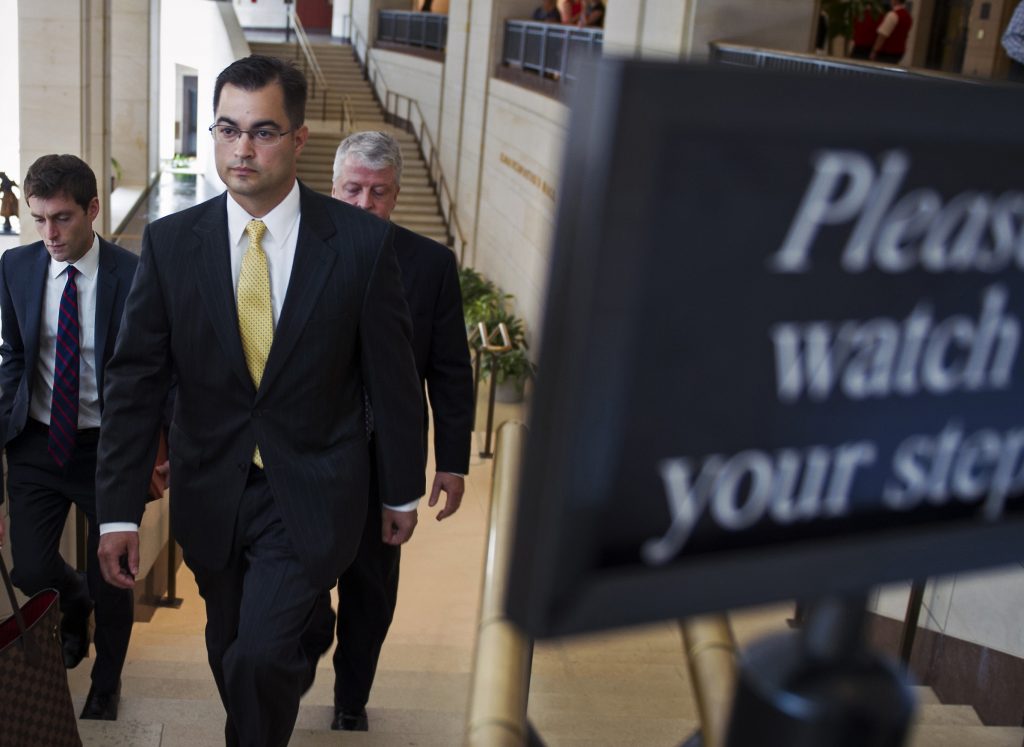 Longtime Hillary Clinton aide Huma Abedin said in a legal proceeding that Clinton did not want the private e-mails that she mixed in with State Department e-mails on her private computer server to be accessible to “anybody,” according to transcripts released Wednesday.

Abedin’s comments provided new insight into the highly unusual decision by the presumptive Democratic presidential candidate to operate a private e-mail server in her basement to conduct government business when she served as secretary of state.

Abedin also said under oath that she was not aware whether Clinton personally deleted any e-mails during her tenure as secretary.

Abedin told lawyers for the conservative group Judicial Watch in a deposition that she could not recall whether she or Clinton discussed with any State Department officials Clinton’s use of her server exclusively for government business. Abedin, who was Clinton’s deputy chief of staff at the State Department, now works with Clinton’s presidential campaign and often travels with the candidate. Abedin used an e-mail account on Clinton’s server occasionally for government business, although Abedin also used a government address.

“I assumed it was okay to do,” she testified.

Abedin is one of several former State Department officials who are being deposed by the conservative group in a civil lawsuit over the agency’s failure to turn over files under the Freedom of Information Act. A transcript of the proceeding was released by Judicial Watch on Wednesday.

Judicial Watch lawyers repeatedly pressed Abedin to explain Clinton’s concern expressed to her in a November 2010 message that her e-mails might become public, but the longtime aide insisted that Clinton’s interest in wanting to keep her personal correspondence from being exposed was similar to any private citizen’s.

“I would imagine anybody who has personal e-mail doesn’t want that personal e-mail to be read by anybody else,” Abedin explained. “I read it the same way as she has written it.”

But Clinton’s private server contained tens of thousands of work-related e-mails as well as private messages, and her decision to conduct both private and government business on her system meant that she kept control of both types of correspondence, effectively preventing her State Department correspondence from being archived by the agency and made available for public records requests. It was not until late 2014 — more than a year after Clinton left office — that the State Department learned that she held all her e-mail and requested that she turn over all work-related records.

Clinton turned over nearly 33,000 business-related messages while disposing of about the same number of personal messages. But Clinton failed to turn over at least three dozen work-related e-mails, according to the agency. Among those e-mails was a November 2010 e-mail exchange with Abedin discussing her concerns about the risk of the “personal being accessible.”

The Clinton campaign Wednesday criticized Judicial Watch for its role in filing several lawsuits against the State Department, among more than 30 filed by conservative legal groups and media outlets, including The Associated Press, to obtain Clinton documents. Clinton campaign spokesman Nick Merrill said Judicial Watch’s lawsuits ended up “clogging up the courts at the expense of tens of millions of taxpayer dollars.”

Abedin’s deposition also raised questions about the State Department’s practices in responding to government records requests under the U.S. Freedom of Information Act. Abedin, a senior aide during Clinton’s entire tenure there, testified under oath that she never searched or was asked to search for documents in her State Department or her private Clinton e-mail accounts in response to requests or lawsuits under the open records law.

But a review of all requests to the State Department during that period found several asking specifically for copies of Abedin’s e-mails on a variety of subjects, including her husband, one-time disgraced Rep. Anthony Weiner.

“Did you ever search, were you ever asked to search your state.gov e-mail account in response to a FOIA request or FOIA litigation?” lawyer Ramona Cocta asked.

“I believe I said ‘no,'” Abedin answered.

“Were you ever asked to search your Clinton e-mail.com account during your tenure at the State Department in response to a FOIA request or FOIA litigation?” Cocta asked.

It was not immediately clear how the State Department could have complied with such legal requests for Abedin’s e-mails without asking Abedin to search her messages. Some federal agencies permit full-time FOIA staffers to search the inboxes of senior government officials, but many agencies expect officials to search their own accounts and no U.S. employee presumably would have had access to Abedin’s personal account on Clinton’s private server. Abedin said she was not aware that anyone else searched her accounts, either.