World 18 Killed by a Roadside Bomb in Somalia
World 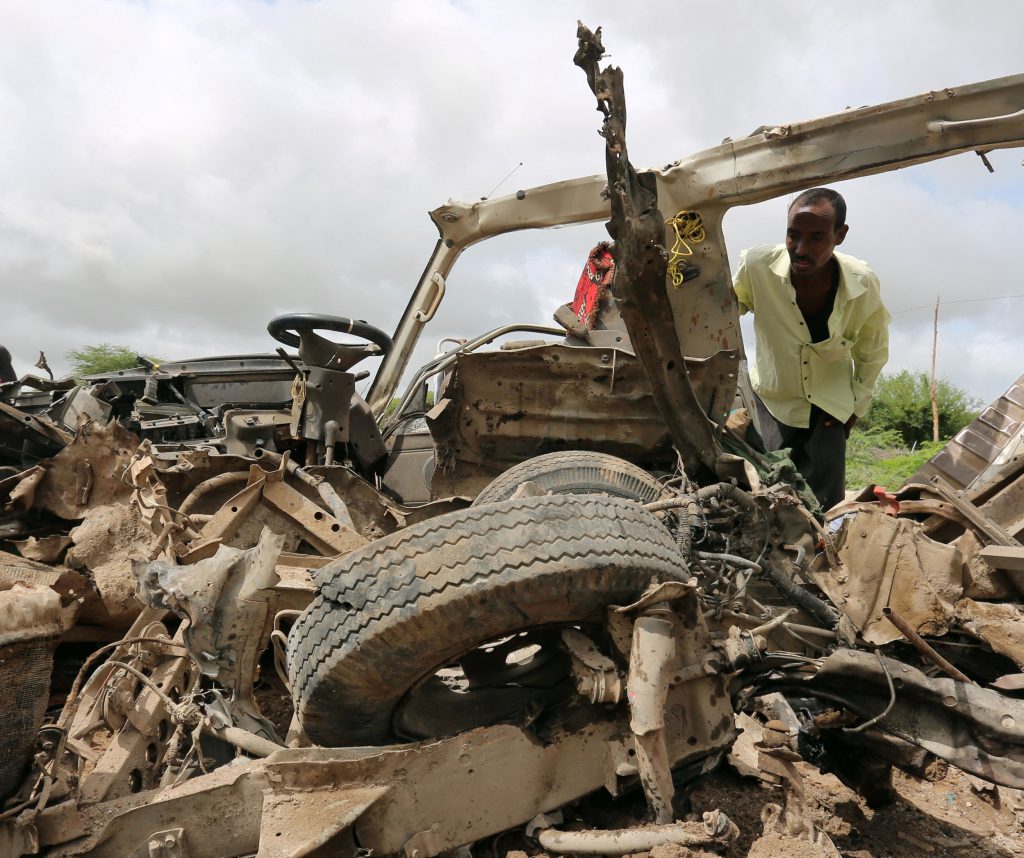 At least 18 civilians were killed when a roadside bomb went off on Thursday in Somalia’s Lafoole town, southwest of the capital, blowing up a packed minibus that was passing by, police said.

There was no immediate claim of responsibility. The al Shabaab terrorists have frequently launched attacks against security forces and civilians around the country in the past. The group wants to topple the Western-backed government.

“All 18 people onboard the minibus are dead. A remotely-controlled bomb along the road exploded,” said Abidkadir Mohamed, a police officer at the scene.

Nur Ahmed, who was driving along the same road, said the minibus was being escorted by a vehicle carrying troops.

A government truck full of soldiers followed by the minibus overtook him at high speed before he heard a loud explosion, Ahmed said.

“The government car which was probably the target escaped undamaged,” he said.