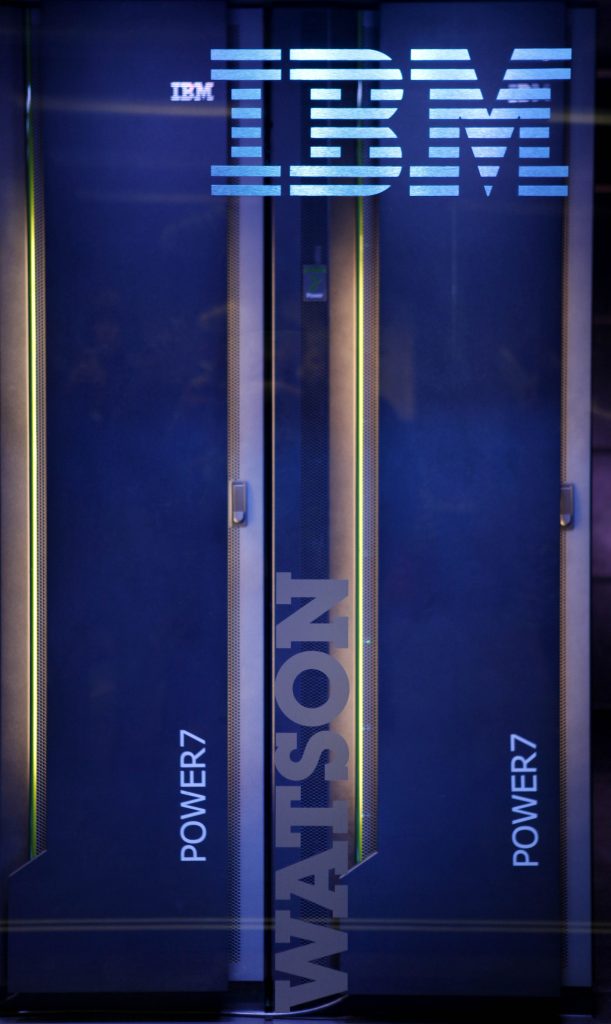 IBM’s supercomputer Watson, is teaming up with the Department of Veterans Affairs in a bid to revolutionize cancer care for veterans.

Under the IBM-VA partnership, Watson technology will be provided free for two years to the VA’s precision-oncology program. The artificial intelligence system will analyze genomic information, pinpoint cancer-causing mutations, and help identify potential treatments for as many as 10,000 patients.

The IBM-VA partnership is one of dozens of initiatives being announced Wednesday as part of Vice President Joe Biden’s all-day cancer summit at Howard University in Washington. Other efforts aim to sharply increase the number of patients in clinical trials, harness the government’s computing power to pave the way for better “precision medicine” therapies, and rejigger the way the Food and Drug Administration approves cancer-related products.

More than 350 researchers, oncologists, data experts, patients and others are taking part in the Washington summit, with an additional 6,000 signed up for 270 regional summits around the country, according to Biden’s office. Participants will spend much of their time trying to develop ideas to accelerate progress against the disease — the goal of the “cancer moonshot” effort announced by President Barack Obama earlier this year.

The event at Howard University has the added star power of Carol Burnett. She said her “heart soared” when President Obama announced the moonshot effort, and she called Biden immediately to offer her help. She noted the “unfortunate bond” connecting them: Burnett’s daughter, Carrie, died 14 years ago of cancer at age 38, and Biden’s son Beau died of cancer last year.

Biden, in his opening remarks, said that “we can make exponential progress” in the fight against cancer, giving people with the disease a chance to survive longer and live better, and perhaps see a child graduate from college or get married. “Time matters, days matter, minutes matter,” he said.

He complained that prices for some cancer drugs “are astronomical,” with some therapies costing more now than they did when they were first approved years ago. “Tell me, tell me, tell me — what is the justification for that?”

He also told the audience, which was filled with some of the nation’s leading oncologists, patient advocates and federal health officials, to attack the disease with more urgency and to figure out new ways to collaborate and break down barriers. “Look at what you have done on [other diseases],” he said, adding, “We’re on the cusp of breakthroughs that can get us there.”

Many of the initiatives being announced Wednesday involve novel collaborations between federal agencies; for example, the Department of Energy is teaming up with the VA to use supercomputers to better understand the genesis of cancer. Other commitments include pledges from cancer charities to raise more money for research or from businesses and philanthropies to create lucrative prizes to award breakthroughs.

Still other initiatives involve prevention. On Thursday, Biden will visit a community health center in Cleveland to talk about the importance of cancer prevention, and he is expected to highlight a joint effort by Case Comprehensive Cancer Center and George Washington University to use digital media to reduce smoking rates.

On the IBM-VA initiative, David Shulkin, VA’s undersecretary for health, said that the health system currently uses groups of experts to analyze patients’ sequenced genetic data and to figure out treatment plans. Using Watson, he said, clinicians will be able to treat many more patients, much more quickly. Physicians will feed tumor information to the computer and, “within a matter of hours, we will be able to get an individual interpretation that allows doctors to make the very best treatment decisions.”

Shulkin said using Watson would allow VA, which treats about 40,000 new cases of cancer a year, to “scale access to precision medicine” for veterans. He said the program would begin in the third quarter of this year.

Steve Harvey, vice president of Watson Health, said that the artificial intelligence system has been tested in several leading cancer centers and that early results match those produced by groups of experts — so-called molecular tumor boards. He said that Watson would “democratize” health care by bringing the kind of sophisticated care available in large urban areas to patients in smaller cities and rural areas.

“A lot of what Watson does is synthesize available information and produce a fact-based report that the human brain can’t do in such a short period of time,” he said. “It will give someone who lives in rural America the sort of treatment available in Houston and New York.”

Some of the other initiatives being announced as part of the summit Wednesday include:

– A new program by the National Institutes of Health and several drug companies and philanthropies to develop and fund a new program for “pre-competitive” cancer research, in which the data would be shared.

– New pilot projects by DOE and NCI to bring together nearly 100 cancer researchers and computer engineers to analyze pre-clinical models of cancer and cancer surveillance data.

– A revamping of information about cancer clinical trials by the NCI, working with the White House Presidential Innovation Fellows. The goal is to make it easier for patients and doctors to find the right trials.

Meanwhile, the Food and Drug Administration named Richard Pazdur, who currently oversees reviews of cancer drugs for the agency, as acting director of a new Oncology Center of Excellence, which will handle approvals of cancer-related drugs, devices and biologics. Currently, those products are reviewed by different divisions at the FDA, which sometimes slows down the process.

In an interview, Pazdur said the change was an effort to bring together different cancer disciplines and to better reflect patients’ own experiences. “Patients don’t go to a doctor and say, ‘I want a biologic or device,’ ” he said. “They say, ‘I want a treatment for my cancer.'” He added that the office would be an actual center, not the “virtual” operation the administration proposed earlier this year.