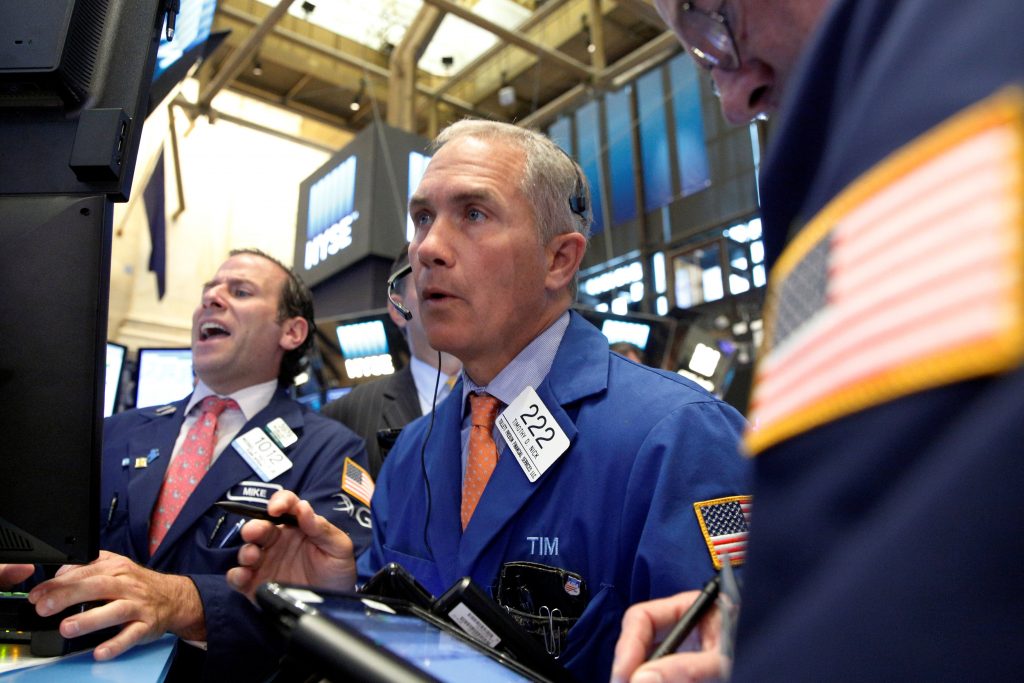 Energy companies led the rally as the price of crude oil headed higher. Health care, industrials and materials stocks were also among the biggest gainers.

The Dow Jones industrial average and the Standard & Poor’s 500 index turned slightly positive for the year.

On Wall Street, investors had their eye on new data on consumer spending and the latest batch of company deal news.

The Commerce Department said that consumer spending increased 0.4 percent in May on top of a 1.1 percent surge in April. The data underscore that consumer spending, which accounts for about 70 percent of U.S. economic activity, picked up in the spring after getting off to a slow start in 2016.

The Canadian Imperial Bank of Commerce agreed to buy bank holding company PrivateBancorp for $47 per share in cash and stock, or $3.73 billion. News of the deal sent PrivateBancorp shares up 22.5 percent. The stock added $8.07 to $44.

Global financial markets were rattled last Friday by the British “leave” vote, which many investors did not seem to anticipate. Stocks and oil fell, as did the pound, while bonds and gold rose, thanks to their perceived status as safe havens. Ratings agency S&P slashed its top-shelf credit rating for the U.K.

But the two-day slump broke on Tuesday, as investors appeared to set aside their anxiety over Britain’s vote.

Despite the rebound in global markets, analysts said it is too early to say that investor confidence has made a full comeback since Britain’s vote to break with the EU.

In currency markets, the British pound recovered some of its losses this week but remained near its 31-year low. It rose to $1.3526 from $1.3343 on Tuesday.

Bond prices rose. The yield on the 10-year Treasury note fell to 1.45 percent from 1.47 late Tuesday.