Israel After Turkey Deal Approved, Ministers to Focus on Return of Soldiers
Israel 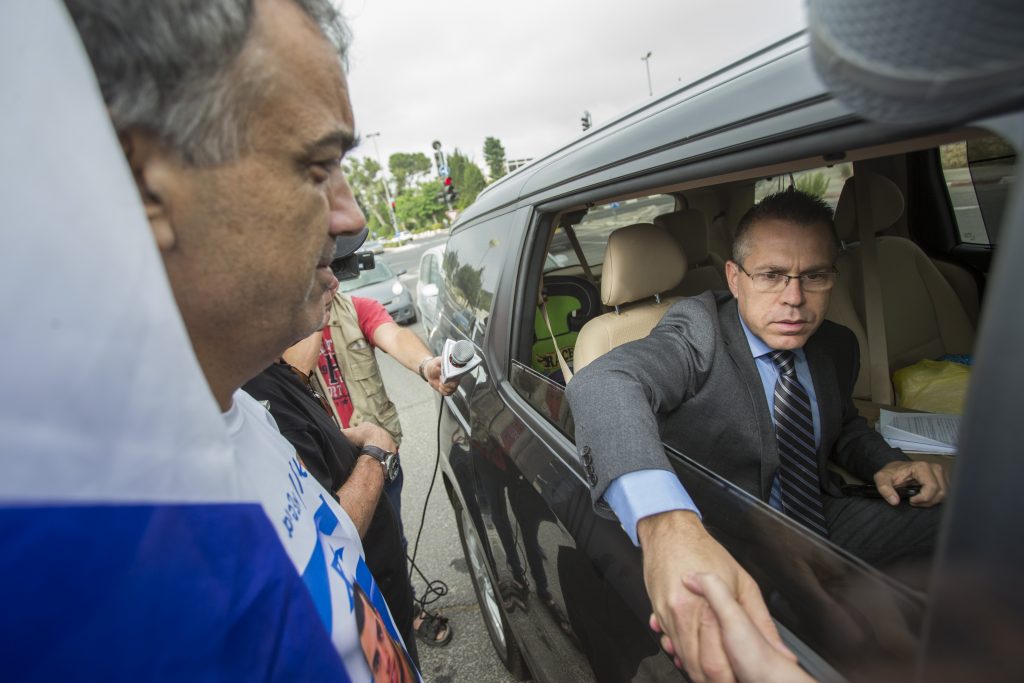 A special ministerial committee will be appointed to specifically deal with the fate of the three missing Israelis, in the wake of the approval by the government of the reconciliation deal between Israel and Turkey, ministers decided Wednesday. After a four and a half hour meeting, the deal was approved by a vote of 7 in favor and 3 against, with the three opposed – Defense Minister Avigdor Liberman, Education Minister Naftali Bennett and Justice Minister Ayelet Shaked – declaring previously that they would vote against it.

The deal will see Israel and Turkey exchange ambassadors, with Israel giving Turkey $21 million in reparations for the deaths of 9 Hamas-affiliated provocateurs who were killed when they attacked IDF soldiers on the Mavi Marmara, the infamous ship that was part of the 2010 Gaza flotilla. The deal also stresses the interest of both governments in advancing economic and regional security efforts.

One issue that was not addressed in the deal was the return of three IDF soldiers who are being held, either alive or dead, by Hamas in Gaza. IDF soldiers Hadar Goldin and Oron Shaul went missing during 2014’s Operation Protective Edge, when witnesses saw their bodies dragged through the opening of a Hamas terror tunnel. The two were definitely killed in battle, the IDF said, but earlier this month their status was redefined and they were declared as also being “missing in action and in captivity. Avraham Mengistu, along with a Bedouin-Israeli, were captured by Hamas in September 2014, at the end of Operation Protective Edge. Hamas originally claimed that Mengistu had entered Gaza willingly and that he had been released to live as a civilian there, but later confirmed that it was holding him and the second individual.

After voting on the Turkey deal, ministers unanimously approved creation of the ministerial panel that will coordinate diplomatic and other means to bring the Israelis home. The panel will also examine the conditions of Hamas terrorists held in Israeli prisons, with the intent of making their stay in Israel less comfortable, as long as the IDF soldiers were not returned.

The families of the three soldiers slammed the deal, demanding that their return be conditional on its approval – something Prime Minister Binyamin Netanyahu said was not possible. As part of the agreement, Israel is allowing Turkey to become more active in Gaza, taking on projects such as the construction of a power plant, and the families had hoped that Israel could press Turkey to force Hamas to release the soldiers.

Earlier Wednesday, a senior Hamas terrorist said that Turkey had for months been negotiating with Hamas on the matter. In an interview with Arab media, the Hamas terrorist said that the matter had arisen during several recent meetings that Hamas had held with Turkish officials in advance of the deal’s approval. According to the terrorist, Israel and Hamas were developing an exchange arrangement, in which Israel would release terrorists in return for the soldiers. Turkey, he said, was brokering this deal.

Hamas is demanding that all the terrorists who were released in the Gilad Shalit deal and rearrested be released again, the Hamas terrorist said. In addition, Hamas wants all the crossings into and out of Gaza opened, and the construction of a port. He added that the approval of the deal between Israel and Turkey would advance this arrangement significantly.